Return to this page a few days before the scheduled game when this expired prediction will be updated with our full preview and tips for the next match between these teams.
Full-Time Result Prediction for HJK vs FC Inter Turku
HJK to Win

In our opinion, FC Inter Turku have enough to find the net against this HJK lineup, however it possibly won’t be enough to avoid defeat. We’re going for both teams to score in a 2-1 win for HJK when the full-time whistle blows. View all of the HJK v FC Inter Turku predictions, poll and stats below - plus the latest match odds.

Going into this contest, HJK have not been beaten in their last 5 home league matches. 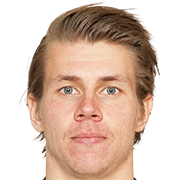 Customarily playing in the Left Attacking Midfielder position, Riku Riski was born in Masku, Finland. After making a first senior appearance for TPS Turku in the 2006 season, the dangerous Midfielder has got 7 league goals in the Veikkausliiga 2019 season to date from a total of 16 appearances.

While we have made these predictions for HJK v FC Inter Turku for this match preview with the best of intentions, no profits are guaranteed. Always gamble responsibly, and with what you can afford to lose. Good luck with your selections.