Karlsruhe face off with away team Holstein Kiel at Wildparkstadion in the Bundesliga 2 match on Saturday.

Full predictions, pre-match stats and user poll for Karlsruhe v Holstein Kiel are shown on this page - along with the latest match odds.

In that match, Karlsruhe managed 51% possession and 7 attempts on goal with 3 on target. On the other side, Holstein Kiel had 4 shots at goal with 1 on target.

Their latest results show that huge efforts have been put in by the Karlsruhe backline. Karlsruhe have been miserly, resulting in the number of goals that have gone past their goalkeeper over the course of their previous six games standing at 4.

Looking at their past form shows that Karlsruhe:

In as many as 6 of the previous 6 games involving Holstein Kiel, a minimum of three goals have gone in. The overall average goals scored per game within that time is 3.67, with the average number of goals for Holstein Kiel working out to 1.5. Such a trend isn’t assured to be continued into this game, however.

Coming into this clash, Holstein Kiel have not won away from home in their last 4 matches in the league.

The last league match featuring these sides was Bundesliga 2 match day 33 on 16/05/2021 when it finished Karlsruhe 3-2 Holstein Kiel.

Holstein Kiel boss Ole Werner has to contend with a number of unavailable players. Marco Komenda (Metatarsal Fracture) and Ahmet Arslan (Cruciate Ligament Rupture) are not able to play.

Here, we’re thinking that Holstein Kiel could find themselves up against it to find the net against this Karlsruhe side who will likely gain the upper hand.

We’re therefore seeing a very even contest with a 1-0 win for Karlsruhe when the full-time whistle blows. 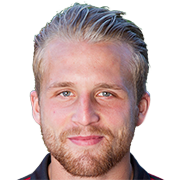 Normally played in the Striker position, Philipp Hofmann was born in Arnsberg, Germany. After having played his first senior match for SC Paderborn 07 in the 2012 - 2013 season, the goalscoring Forward has scored a sum of 3 league goals in this 2. Bundesliga 2021 - 2022 campaign to date in 5 appearances.

While we have made these predictions for Karlsruhe v Holstein Kiel for this match preview with the best of intentions, no profits are guaranteed. Always gamble responsibly, and with what you can afford to lose. Best of luck with your selections.