The Bundesliga 2 tie at Holstein-Stadion on Saturday will see home side Holstein Kiel take to the field against Regensburg.

Scroll down to see all of the predictions, poll and statistics for Holstein Kiel v Regensburg - plus the latest betting odds.

Holstein Kiel will be looking to improve on their last outing here after the 1-0 Bundesliga 2 loss in their previous game against Heidenheim.

In their preceding 6 games, Ole Werner's Holstein Kiel have hit the back of the net a combined total of 7 times giving them an average number of goals scored per match equal to 1.17.

A look at their previous results shows us that Holstein Kiel:

Since tasting defeat last time out to Werder Bremen in DFB-Pokal action, Regensburg will be aiming to make amends here.

In 5 of the past 6 clashes involving Regensburg, a comparatively low number of goals have been struck between them and their opponents. The overall average number of goals per game within that period is a meagre 1.83, with the number of goals averaged by Regensburg equalling 0.67. Historical results aside, we must now wait to see whether that trend might be sustained in this upcoming game.

Going into this one, Regensburg have not won away from home in their last 3 league games.

Checking on their prior head-to-head clashes stretching back to 03/02/2018 tells us that Holstein Kiel have won 2 of these and Regensburg 1, with the tally of draws standing at 3.

A combined sum of 16 goals were scored between them throughout the course of those matches, with 9 of them for Holstein Kiel and 7 for Regensburg. The average goals per game has been 2.67.

From a largely healthy group, there is just the sole fitness worry for the Regensburg manager Mersad Selimbegović to be concerned about. Sebastian Nachreiner (Torn Muscle Fibre) won’t be in action.

In our view, Regensburg will surely be able to score a goal against this Holstein Kiel lineup, however that probably shouldn’t be enough to avoid defeat.

We think that it’s going to be a 2-1 winning score for Holstein Kiel by the conclusion of the game. It will be interesting to see how this one goes. 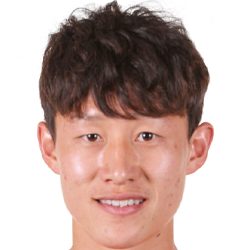 Mostly deployed in the Central Attacking Midfielder position, Jae-Sung Lee was born in Ulsan, Korea Republic. Having made his senior debut playing for Holstein Kiel in the 2018 - 2019 season, the gifted Midfielder has managed 5 league goals in this Bundesliga 2 2020 - 2021 campaign so far in a total of 25 appearances.

While we have made these predictions for Holstein Kiel v Regensburg for this match preview with the best of intentions, no profits are guaranteed. Always gamble responsibly, and with what you can afford to lose.