Return to this page a few days before the scheduled game when this expired prediction will be updated with our full preview and tips for the next match between these teams.
Holstein Kiel will face off against visiting club Stuttgart at Holstein-Stadion in the Bundesliga 2 clash on Sunday. Our Holstein Kiel v Stuttgart predictions, statistics and match poll can be seen below (including the best match odds).

It’s been all too rare in recent times that Holstein Kiel have managed to hold out for a full 90 minutes. The reality is that Die Störche have failed to prevent opponents from scoring in 6 of their previous 6 matches, shipping 9 goals in the process. We will just have to see whether or not that trend will end up being continued on in this game.

After a loss in their previous game against SV Wehen Wiesbaden in Bundesliga 2 action, Stuttgart and their fans will hope to get a better result this time. The only name on the scoresheet from VfB Stuttgart was Nicólas González (83'). Manuel Schäffler (50') and Phillip Tietz (97') scored for SV Wehen Wiesbaden.

Pellegrino Matarazzo's Stuttgart have managed to stick the ball in the net a total of 8 times throughout their latest sextet of matches. The overall goals that they have conceded during those matches equals 5.

Ahead of this clash, VfB Stuttgart haven’t won away from home in the past 2 league games.

The last league match featuring these clubs was Bundesliga 2 match day 10 on 20/10/2019 and the score finished Stuttgart 0-1 Holstein Kiel. The referee was Benedikt Kempkes.

We feel that in this game, Holstein Kiel would be disappointed if they were not to find the back of the net against this Stuttgart side, however a single goal may not be enough. We are therefore anticipating a 1-2 winning score for Stuttgart at the end of the match.

Both Teams to Score Prediction for Holstein Kiel vs Stuttgart
Yes 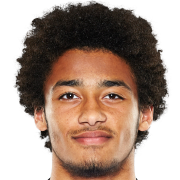 Mostly used in the Striker position, Emmanuel Iyoha was born in Düsseldorf, Germany. Having made his senior debut playing for Fortuna Düsseldorf in the 2015 - 2016 season, the gifted Forward has netted 6 league goals in the Bundesliga 2 2019 - 2020 season so far from a total of 21 appearances.

We have made these Holstein Kiel v VfB Stuttgart predictions for this match preview with the best intentions, but no profits are guaranteed. Please always gamble responsibly, only with money that you can afford to lose. Best of luck.