Holstein Kiel will be visiting Vonovia Ruhrstadion on Saturday for the Bundesliga 2 fixture with hosts VfL Bochum.

Scroll down for all of our predictions, poll and stats for the VfL Bochum v Holstein Kiel game - as well as up-to-date odds.

VfL Bochum are hoping to win again after their last result, the 0-3 Bundesliga 2 success against Fortuna Dusseldorf.

An interesting characteristic of more recent VfL Bochum games is the number of results with a nil in them.

From their previous six clashes before this one, in as many as 5 of them a bet on BTTS would've been a loser. Putting that to one side, we will just have to wait and see if that trend might be replicated in this next match or not.

In the game prior to this, Holstein Kiel drew 1-1 in the Bundesliga 2 tie with Hamburg.

The only name on the scoresheet from Holstein Kiel was Jae-Sung Lee (8'). Simon Terodde (23') scored for Hamburg.

Over the course of their last half-dozen outings, Holstein Kiel have bagged a tally of 9 goals. Holstein Kiel have additionally got on the scoresheet in every single one of those games. Over that period, they’ve seen 3 goals go into their own net.

Heading into this fixture, Holstein Kiel have not won away from home in their last 2 matches in the league.

An examination of their most recent head-to-head clashes going back to 10/03/2018 shows that VfL Bochum have won 1 of these & Holstein Kiel 3, with the number of drawn results standing at 2.

A sum of 20 goals were scored between them during those clashes, with 8 from Bochum and 12 coming from Holstein Kiel. The average number of goals per game works out to 3.33.

It’s a low absenteeism rate, with just one fitness concern for the VfL Bochum manager Thomas Reis to be concerned with due to a largely intact squad. Vasilios Lampropoulos (Muscle Injury) is out of contention. Suspended players who are serving a ban for this game are Danilo Soares and Danny Blum.

When taking everything into account, Holstein Kiel could find themselves up against it to get anything against this VfL Bochum team who we think will likely just have the edge.

We’re therefore predicting a hard-fought contest, finishing with a 1-0 win for VfL Bochum when the full-time whistle blows. 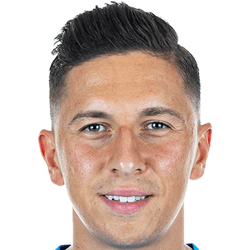 Regularly playing in the Central Attacking Midfielder position, Robert Žulj was born in Wels, Austria. Having made a first senior appearance for SV Ried in the 2010 - 2011 season, the goalscoring Midfielder has accumulated 11 league goals in this Bundesliga 2 2020 - 2021 campaign so far coming from a total of 24 appearances.

While we have made these predictions for VfL Bochum v Holstein Kiel for this match preview with the best of intentions, no profits are guaranteed. Always gamble responsibly, and with what you can afford to lose. Good luck if you do place a bet today.