Return to this page a few days before the scheduled game when this expired prediction will be updated with our full preview and tips for the next match between these teams.
Full-Time Result Prediction
👉
Hradec Králové to Win

Karviná will arrive at Všesportovní stadion on Sunday for the First League clash with hosts Hradec Králové.

View all Hradec Králové v Karviná tips, stats and our pre-match poll below - as well as the best betting odds.

Hradec Králové prepare for this game coming off the back of a 2-2 First League drawn game versus Sigma Olomouc.

Three or more goals per game have been seen in 5 of the last 6 fixtures where Hradec Králové have taken part. Their opponents scored 10 times in this period whereas Hradec Králové managed to get a total of 13.

After suffering a loss in their previous game against Baník Ostrava in First League competition, Karviná and their fans will hope to get a better result this time.

The stats tell the story, and Karviná have been scored against in 6 of their last 6 matches, seeing their opponents hit 12 goals overall. At the back, Karviná just haven’t been too solid at all. That kind of pattern isn’t assured to be sustained into this match, though.

Going into this encounter, Karviná are without an away win for the past 10 matches in the league. Very poor, indeed.

The last league encounter featuring the two was First League match day 2 on 31/07/2021 when it finished Karviná 1-1 Hradec Králové.

The match was refereed by Ondřej Cieslar.

The Hradec Králové boss Miroslav Koubek will be grateful not to have any fitness worries at all ahead of this game with a completely healthy squad to choose from.

Owing to a fully healthy squad ready to go, the Karviná boss Bohumil Páník does not have any fitness worries whatsoever ahead of this match.

We’re inclined to think that Hradec Králové have it within them to have the majority of the possession and should be able to turn a few of their chances into goals.

However, Karviná won’t find it easy to score themselves but we do fancy them being dangerous at times, too.

We therefore think that it’s going to be a controlled 3-1 victory for Hradec Králové come full-time. 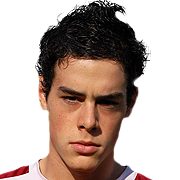 Usually taking up the Central Defensive Midfielder position, Jakub Rada was born in Czech Republic. Having made a first senior appearance for Kladno in the 2007 - 2008 season, the goalscoring Midfielder has bagged 4 league goals in this First League 2021 - 2022 season to date in a total of 14 appearances.

We have made these Hradec Králové v Karviná predictions for this match preview with the best intentions, but no profits are guaranteed. Please always gamble responsibly, only with money that you can afford to lose. Good luck with your selections.