Return to this page a few days before the scheduled game when this expired prediction will be updated with our full preview and tips for the next match between these teams.
Full-Time Result Prediction
👉
Hradec Králové to Win

The First League game at Všesportovní stadion on Sunday sees home side Hradec Králové up against opponents in Tescoma Zlín.

Our predictions, user poll and statistics for Hradec Králové v Tescoma Zlín can be found here (plus the best game odds).

Hradec Králové will be hoping to return to winning ways here following the 3-0 First League loss in their previous game against Baumit Jablonec.

In their past 6 games, Miroslav Koubek's Hradec Králové have hit the target a total of 6 times - an average number of goals scored per match equal to 1.

Analysis of their past results shows that Hradec Králové:

Following on from suffering a loss in their previous game against FC Brno in First League competition, Tescoma Zlín will be aiming to make amends here.

Jan Jelínek's Tescoma Zlín have converted a total of 7 times throughout their most recent sextet of matches. The number of goals that have been scored against them during those same clashes adds up to 9.

Analysis of their past results shows that Tescoma Zlín:

An examination of their prior head-to-head clashes stretching back to 25/08/2002 shows that Hradec Králové have won 3 of these games and Tescoma Zlín 1, with the tally of drawn results standing at 2.

An aggregate of 18 goals were yielded between them during those clashes, with 10 for Votroci and 8 coming from Zlin. That’s an average goals per game figure of 3.

The previous league match featuring these clubs was First League match day 25 on 12/03/2022 which finished with the scoreline of Hradec Králové 2-1 Tescoma Zlín.

The match was refereed by Josef Krejsa.

The Hradec Králové manager Miroslav Koubek has a full complement, with no fitness worries whatsoever before this clash owing to a completely injury-free squad available to choose from.

Thanks to a completely healthy squad available to choose from, the Tescoma Zlín boss Jan Jelínek has no fitness concerns at all ahead of this clash.

When taking all factors into account, Tescoma Zlín are likely to put a goal past this Hradec Králové lineup, but that possibly won’t be as many as they’ll concede.

We are anticipating a very close game with a 2-1 winning margin for Hradec Králové after 90 minutes. We’ll have to see what happens. 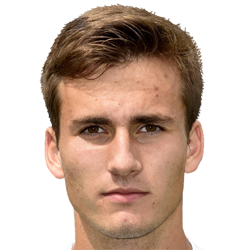 Usually deployed in the Central Attacking Midfielder position, Filip Kubala was born in Czech Republic. Having played his first senior match for FC Slovácko in the 2015 - 2016 season, the accomplished Midfielder has managed 2 league goals in this First League 2022 - 2023 campaign so far in 8 appearances.

We have made these Hradec Králové v Tescoma Zlín predictions for this match preview with the best intentions, but no profits are guaranteed. Please always gamble responsibly, only with money that you can afford to lose. Best of luck with your selections.