Huddersfield will come up against Plymouth Argyle in Saturday’s big FA Cup meeting.

Our predictions, user poll and statistics for Huddersfield v Plymouth Argyle can be found here - plus the latest betting odds.

Huddersfield will be hoping to bounce back here following a 1-2 Championship losing effort in their last game against Reading.

Over their preceding 6 fixtures, Carlos Corberán's Huddersfield Town have hit the back of the net 6 times which gives them an average number of goals per match of 1.

Plymouth Argyle head into the meeting after a 1-0 League One win as they beat Gillingham in their most recent fixture.

The only player to score from Plymouth Argyle was Luke Jephcott (33').

Throughout their six previous matches, Ryan Lowe's Plymouth Argyle have seen their goal attempts be successful 7 times therefore giving them a goals per game average of 1.17.

Inspecting their past head to head clashes going back to 10/09/1994 shows us that Huddersfield have won 4 of these and Plymouth Argyle 2, with the number of drawn matches standing at 0.

A sum of 17 goals were shared by the two clubs in these games, with 11 for The Terriers and 6 created by The Pilgrims. The average goals per game has been 2.83.

The last league fixture featuring these sides was League One match day 26 on 11/01/2011 when it ended Huddersfield Town 3-2 Plymouth Argyle.

Looking at personnel, there is just one fitness concern for the Huddersfield gaffer Carlos Corberán to be concerned with from an otherwise complete group of players. Tommy Elphick (Cruciate Ligament Surgery) is out of contention.

Thanks to a completely injury-free group available to choose from, Plymouth Argyle boss Ryan Lowe has zero fitness worries to speak of coming into this game.

We’re of the opinion that Huddersfield will probably fashion enough chances to find the net more than once while possibly not conceding when they come up against Plymouth Argyle, who could well struggle scoring.

We’re therefore anticipating a controlled 2-0 margin for Huddersfield by the time that the referee blows the final whistle. 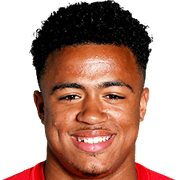 Typically used in the Striker position, Josh Koroma was born in England. After having made a senior debut playing for Leyton Orient in the 2015 - 2016 season, the gifted Forward has accumulated 6 league goals in the Championship 2020 - 2021 campaign to date in a total of 16 appearances.

We have made these Huddersfield v Plymouth Argyle predictions for this match preview with the best intentions, but no profits are guaranteed. Please always gamble responsibly, only with money that you can afford to lose. Best of luck with your selections.