All of our predictions, stats and the user poll for Huddersfield v Rotherham United are shown below - plus the latest betting odds.

Huddersfield will be hoping to return to winning ways here after the 7-0 Championship loss in their previous game against Norwich City.

Huddersfield Town have found it difficult to unlock defences of late. Their sum of goals stands at just 4 against opponents over their last 6 fixtures. In those meetings, The Terriers have also seen the number of goals against them come to 10.

Looking at their past form shows that Huddersfield Town:

After being defeated in their last game at the hands of Wycombe Wanderers in Championship action, Rotherham United will be hoping to turn things around here.

The stats don’t lie, and Rotherham United have been scored against in 5 of their last 6 matches, with opponents netting 10 goals in total. In defence, The Millers can certainly do much better. We will have to find out whether or not that trend can be sustained here.

Coming into this contest, Rotherham United have not emerged victorious against Huddersfield Town when they have played them away from home in the previous 2 league matches.

A review of their past head to head meetings going back to 15/12/2015 shows that these fixtures have not been good ones for Rotherham United. They have not managed to register any victories whatsoever while Huddersfield have been the better of the two, running out winners in 67 per cent of those games where they have faced each other.

17 goals were produced between them in these games, with 11 from The Terriers and 6 belonging to The Millers. That’s an average goals per game of 2.83.

The previous league fixture featuring these clubs was Championship match day 4 on 03/10/2020 when the final score was Rotherham United 1-1 Huddersfield Town.

In that match, Rotherham United managed 26% possession and 5 attempts at goal with 2 of them on target. The scorers were Ben Wiles (33') and Angus MacDonald (96' Own goal).

For their opponents, Huddersfield Town got 11 shots at goal with 1 on target.

Due to a completely injury-free group available to choose from, Rotherham United boss Paul Warne doesn’t have any fitness worries to report before this clash. Richard Wood is ineligible for this match because of suspension.

We feel that in this game, Rotherham United have enough to put one past this Huddersfield side, however it isn’t expected to be enough to prevent defeat.

We are anticipating a tight encounter finishing with a 2-1 advantage for Huddersfield at the end of this one. Should be a good one. 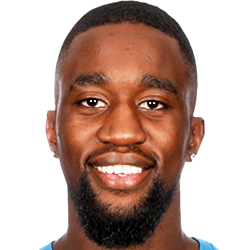 Generally taking to the field in the Right Wing position, Isaac Mbenza was born in Saint-Denis, France. Having made his senior debut playing for Valenciennes FC in the 2014 - 2015 season, the gifted Forward has scored 5 league goals in the Championship 2020 - 2021 season so far in a total of 33 appearances.

We have made these Huddersfield v Rotherham United predictions for this match preview with the best intentions, but no profits are guaranteed. Please always gamble responsibly, only with money that you can afford to lose. Good luck!