Real Oviedo will visit The Estadio El Alcoraz on Sunday for the La Liga 2 meeting with home side SD Huesca.

SD Huesca head into this game after a 0-0 La Liga 2 stalemate vs FC Cartagena.

In that game, SD Huesca had 31% possession and 4 shots on goal with 1 of them on target. Cartagena got 15 attempts at goal with 4 on target.

SD Huesca have struggled with their forward play in more recent games. Their goals record equals just 4 versus opposition teams during their previous six matches. In those games, SD Huesca have also seen the number of goals that have gone against them come to 7.

Real Oviedo will go into the encounter after a 1-0 La Liga 2 win to defeat Alaves in their most recent fixture.

It is worth noting that Real Oviedo have suffered from a lack of goals in their past 6 games, netting the poor return of just 4. In those matches, Carbayones have also seen the collective goal tally of opposing teams equal 6. Historical results aside, time will tell if the trend shall be replicated in this upcoming match.

Coming into this meeting, Real Oviedo are without an away win for the past 2 league matches.

If we look at their past head to head duels dating back to 02/06/2018, there has been little between the sides with SD Huesca winning 2 of those games, Real Oviedo 2 and 2 being drawn in normal time.

A total of 19 goals were scored between the two sides in this period, with 10 for Oscenses and 9 being from Carbayones. This gives an average number of goals per game equal to 3.17.

That time, Real Oviedo managed 59% possession and 11 shots on goal with 3 of them on target.

On the other side, SD Huesca got 6 attempts on goal with 2 on target. Carrillo (55') was the scorer.

The SD Huesca manager José Ziganda will be grateful not to have any fitness worries at all ahead of this clash with a fully healthy squad available for selection.

Due to a completely injury-free group available to choose from, the Real Oviedo boss Álvaro Cervera has no fitness concerns whatsoever ahead of this game.

We’re of the view that Real Oviedo may not find it easy to find the net against this SD Huesca team who should be able to grind out a win.

We’re therefore expecting a very even match with a 1-0 victory for SD Huesca when the referee blows for full-time. 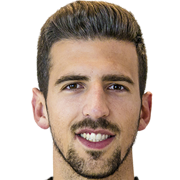 Customarily used in the Centre Midfield position, Juan Carlos was born in A Coruña, Spain. After having played his first senior match for Deportivo de La Coruña in the 2011 - 2012 season, the accomplished Midfielder has managed to score 4 league goals in the LaLiga2 2022 - 2023 campaign to date from a total of 20 appearances.

While we have made these predictions for SD Huesca v Real Oviedo for this match preview with the best of intentions, no profits are guaranteed. Always gamble responsibly, and with what you can afford to lose. Good luck if you do place a bet today.