The Championship tie at MKM Stadium on Saturday will see home side Hull City lock horns with opponents Millwall.

View all Hull City v Millwall tips, stats and our pre-match poll below - as well as the best betting odds.

Hull City will want to continue from where they left off last time out with the 0-1 Championship victory against Cardiff City.

An interesting aspect of more recent Hull City games is seeing a zero in the scoreline.

From their previous 6 clashes before this one, in 6 of them a wager on "Both Teams to Score" would've been a losing one.

Coming into this contest, Hull City haven't won against Millwall in their last 2 league matches.

In their last game, Millwall drew 1-1 in the Championship tie with Bournemouth.

In that game, Millwall had 48% possession and 8 shots on goal with 1 of them on target. The only player on the scoresheet for Millwall was Benik Afobe (67'). At the other end, Bournemouth got 9 shots at goal with 3 on target. Dominic Solanke (44') scored for Bournemouth.

The stats don’t lie, and Millwall have been scored against in 5 of their last 6 games, with opponents netting 5 goals in total. In defence, Millwall certainly have room for improvement. Even so, we will just have to wait and see whether that pattern shall continue on in this match.

Going into this one, Millwall are without an away win for the past 2 matches in the league.

A review of their past head to head clashes going back to 06/03/2018 shows us that Hull City have won 1 of them and Millwall 3, with the tally of drawn games being 2.

A sum of 16 goals were yielded between them in these games, with 7 from The Tigers and 9 coming from The Lions. The average number of goals per game works out to 2.67.

The last league match featuring these sides was Championship match day 43 on 11/07/2020 when it finished Hull City 0-1 Millwall.

In that match, Hull City had 42% possession and 12 attempts on goal with 5 on target.

At the other end, Millwall got 10 shots at goal with 2 on target. Ryan Leonard (2') scored.

The Hull City manager Grant McCann will be grateful to have no fitness worries to speak of coming into this match with a fully healthy group ready to go.

With a fully injury-free group to choose from, the Millwall boss Gary Rowett doesn’t have any fitness concerns to speak of ahead of this match.

We’re of the opinion that Millwall and Hull City should play out a closely-fought contest here.

Little in this one, and it’s almost too close to call. We’re therefore anticipating a very close game with a 1-1 draw at the end of the 90 minutes. 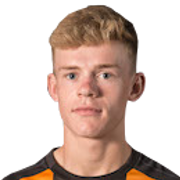 Normally played in the Striker position, Keane Lewis-Potter was born in Hull, England. After having played his first senior match for Hull City in the 2019 - 2020 season, the skilful Forward has bagged 3 league goals in the Championship 2021 - 2022 season so far coming from a total of 18 appearances.

We have made these Hull City v Millwall predictions for this match preview with the best intentions, but no profits are guaranteed. Please always gamble responsibly, only with money that you can afford to lose. Good luck if you do place a bet today.