Swansea City head into this game after a 0-0 Championship drawn match versus Hull City.

Going into this one, Swansea City have not emerged victorious against Hull City in their previous 3 league matches.

Proving their predisposition for eventful encounters, the back of the net has been hit 23 times in the prior 6 matches in which Hull City have taken to the pitch, making it a mean average of 3.83 goals for each clash. Their opponents have managed 16 from this total. We shall soon see if that trend will end up being continued on here.

Heading into this fixture, Hull City have not registered a win against Swansea City in away games against them for the last 3 matches in the league.

Checking on their most recent head to head clashes going back to 22/12/2018 tells us that Swansea City have won 1 of them & Hull City 2, with the tally of drawn games being 3.

The previous league encounter featuring these clubs was Championship match day 11 on 17/09/2022 when it finished Swansea City 0-0 Hull City.

That time, Swansea City had 64% possession and 5 attempts at goal with 1 on target.

On the other side, Hull City had 2 attempts at goal with 1 of them on target.

There is just the lone fitness concern for the Swansea City manager Russell Martin to be concerned with from an otherwise complete set of players. Liam Walsh (Achilles tendon rupture) won’t play.

It looks as if The Swans may well make use of the 3-4-2-1 formation for this one and select Steven-Andreas Benda, Nathan Wood, Kyle Naughton, Ben Cabango, Matthew Sorinola, Ryan Manning, Joe Allen, Matt Grimes, Oliver Cooper, Jay Fulton and Joel Piroe.

When taking all factors into account, Hull City are capable enough to put a goal past this Swansea City outfit, however that might not quite be as many as they’ll concede.

We’re predicting both teams to score in a 2-1 victory for Swansea City at the end of this one. Definitely a tough call. 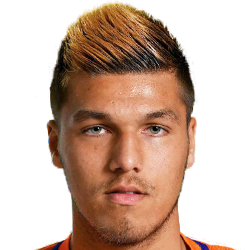 Mostly taking up the Striker position, Joël Piroe was born in Nijmegen, Netherlands. Having made his senior debut playing for Jong PSV in the 2016 - 2017 season, the skilful Forward has scored 3 league goals in the Championship 2022 - 2023 campaign to date in 8 appearances.

We have made these Swansea City v Hull City predictions for this match preview with the best intentions, but no profits are guaranteed. Please always gamble responsibly, only with money that you can afford to lose. Good luck!