Platense line up against visitors Huracán at Estadio Ciudad de Vicente López in this Superliga meeting on Tuesday.

Platense enter this fixture coming off the back of a 3-3 Superliga drawn game against Lanús.

It’s been a rare occasion in recent times where Platense haven’t conceded. The facts show that Platense have seen their defence breached in 6 of their previous 6 games, letting in 11 goals in the process.

Huracán will go into this game following a 1-0 Superliga win with the defeat of Patronato in their previous outing.

In that game, Huracán managed 58% possession and 16 attempts at goal with 5 on target. The only player on the scoresheet for Huracán was José Moya (85'). At the other end, Patronato got 9 attempts on goal with 1 on target.

The stats don’t lie, and Huracán have been scored against in 5 of their last 6 matches, seeing opposing sides hit 8 goals in all. At the back, Huracán seem to have a bit of a soft underbelly. That sort of trend isn’t assured to follow through into this next game, though.

The Platense boss Claudio Spontón has no fitness worries at all coming into this match with a completely healthy squad ready to go.

Thanks to a completely healthy group available for selection, the Huracán manager Frank Kudelka has no fitness concerns to speak of coming into this match.

When taking all factors into account, Huracán and Platense could both end up scoring in a what should be a good tussle with little between the two teams.

Let’s see how it plays out, but a draw is looking likely to us. We’re therefore predicting a hard-fought score draw at the end of this game. 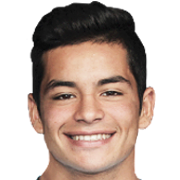 Customarily played in the Left Wing position, Brian Mansilla was born in Rosario, Argentina. After making a first senior appearance for Racing Club in the 2015 season, the goalscoring Forward has bagged 3 league goals in the Superliga 2021 season so far from a total of 21 appearances.

We have made these Platense v Huracán predictions for this match preview with the best intentions, but no profits are guaranteed. Please always gamble responsibly, only with money that you can afford to lose. Good luck!