View all Talleres v Huracán tips, stats and our pre-match poll below including the latest game odds.

Talleres will be looking for a repeat result of a 2-3 Copa de la Liga Profesional triumph versus Atlético Tucumán.

At least three goals per match were seen in 5 of the last 6 meetings where Talleres have taken part. Opposing sides scored 7 of them in these games while La T managed a tally of 14.

After being defeated in their last game at the hands of Boca Juniors in Copa de la Liga Profesional action, Huracán and their fans will hope to get a better result this time.

Throughout their six latest matches, Israel Damonte's Huracán have seen their efforts on goal rewarded a total of 7 times, yielding them a goals per game average of 1.17.

There’s just the sole fitness concern for the Talleres boss Alexander Medina to be concerned about from a near full-strength set of players. Matías Córdoba (Ruptured ligaments) won’t play.

Thanks to a completely healthy squad available to choose from, Huracán boss Frank Kudelka doesn’t have any fitness concerns to report before this clash.

We’re of the opinion that Huracán and Talleres could well end up finding themselves level here, with both teams capable of netting.

We’ll see, but this looks like it could end up all-square. That’s why we have predicted a 1-1 score draw at the end of this game. 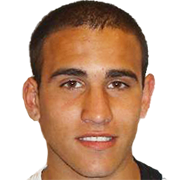 Usually used in the Left Wing position, Franco Fragapane was born in Godoy Cruz, Argentina. Having made his senior debut playing for Boca Juniors in the 2013 - 2014 season, the gifted Forward has got 3 league goals in this Superliga 2019 - 2020 campaign so far coming from a total of 23 appearances.

While we have made these predictions for Talleres v Huracán for this match preview with the best of intentions, no profits are guaranteed. Always gamble responsibly, and with what you can afford to lose. Good luck if you do place a bet today.