Full predictions, pre-match stats and user poll for Huracán v Unión de Santa Fe are shown on this page - as well as the best betting odds.

Huracán will be wanting a better result here after a 3-2 Copa de la Liga Profesional loss in their previous game against Defensa y Justicia.

It has been a rare occasion in recent games that Huracán have managed to hold out for a full 90 minutes. In fact, El Globo / Los Quemeros have seen their defence breached in 6 of their previous 6 clashes, giving up 13 goals during that time. Previous results aside, time will tell whether that pattern will persist here in this match or not.

The numbers tell their own story, and Unión de Santa Fe have been scored against in 5 of their last 6 games, conceding 10 goals overall. In defence, El Tatengue could really do with shoring things up.

Huracán manager Israel Damonte will be thankful to have no fitness worries whatsoever before this clash thanks to a completely healthy group available for selection.

Owing to a fully injury-free squad available to select from, Unión de Santa Fe boss Juan Azconzábal doesn’t have any fitness worries to report coming into this match.

We envisage that Unión de Santa Fe should be able to put one past this Huracán outfit, however that might not be enough to avoid a loss.

We’re tipping a narrow 2-1 winning score for Huracán at the end of the 90 minutes. There looks to be little in this one. 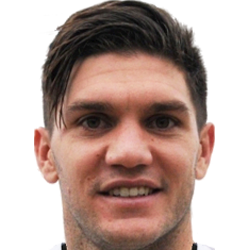 Regularly playing in the Striker position, Fernando Coniglio was born in Laborde, Argentina. After having made a senior debut playing for Rosario Central in the 2009 - 2010 season, the accomplished Forward has scored a sum of 3 league goals in the Superliga 2019 - 2020 campaign so far in a total of 17 appearances.

While we have made these predictions for Huracán v Unión de Santa Fe for this match preview with the best of intentions, no profits are guaranteed. Always gamble responsibly, and with what you can afford to lose. Good luck if you do place a bet today.