The Allsvenskan clash at Gamla Ullevi on Monday sees home side IFK Göteborg ready themselves for the challenge from opponents IFK Norrköping.

All IFK Göteborg v IFK Norrköping game predictions, stats and user poll are shown below (plus the best game odds).

IFK Göteborg will be looking for another win after the 0-2 Allsvenskan victory versus IFK Norrköping.

Mikael Stahre's IFK Göteborg have hit the back of the net 9 times in their past six outings. The number of goals that have been scored against them in those fixtures amounts to 5.

It is worth noting that IFK Norrköping have failed to get amongst the goals over their previous six games, recording the poor return of only 4. In those matches, Snoka have also seen the overall goal aggregate of opposing teams equal 9.

Looking at their past form shows that IFK Norrköping:

Checking on their past head-to-head clashes stretching back to 06/07/2020 shows that IFK Göteborg have won 2 of these games & IFK Norrköping 3, with the number of draws standing at 1.

In all, 18 goals were yielded between them in this period, with 8 for Blåvitt and 10 netted by Snoka. The average number of goals per game works out to 3.

The previous league match featuring these sides was Allsvenskan match day 15 on 25/07/2022 when the final score was IFK Norrköping 0-2 IFK Göteborg.

On that day, IFK Norrköping had 56% possession and 18 shots on goal with 10 on target.

The referee was Kaspar Sjöberg.

The IFK Göteborg manager Mikael Stahre has no fitness concerns whatsoever ahead of this clash with a completely healthy squad to pick from.

Thanks to a largely healthy group of players, there is just the lone fitness issue for the IFK Norrköping gaffer Rikard Norling to contend with. Kristoffer Khazeni (Ill) misses out for this game.

We’re thinking that IFK Norrköping and IFK Göteborg could well both score and end up finding themselves in a fairly even game here.

Let’s see how it plays out, but a draw is looking likely to us. With that in mind, we reckon that it will be a very even match with a score draw at the end of the 90. 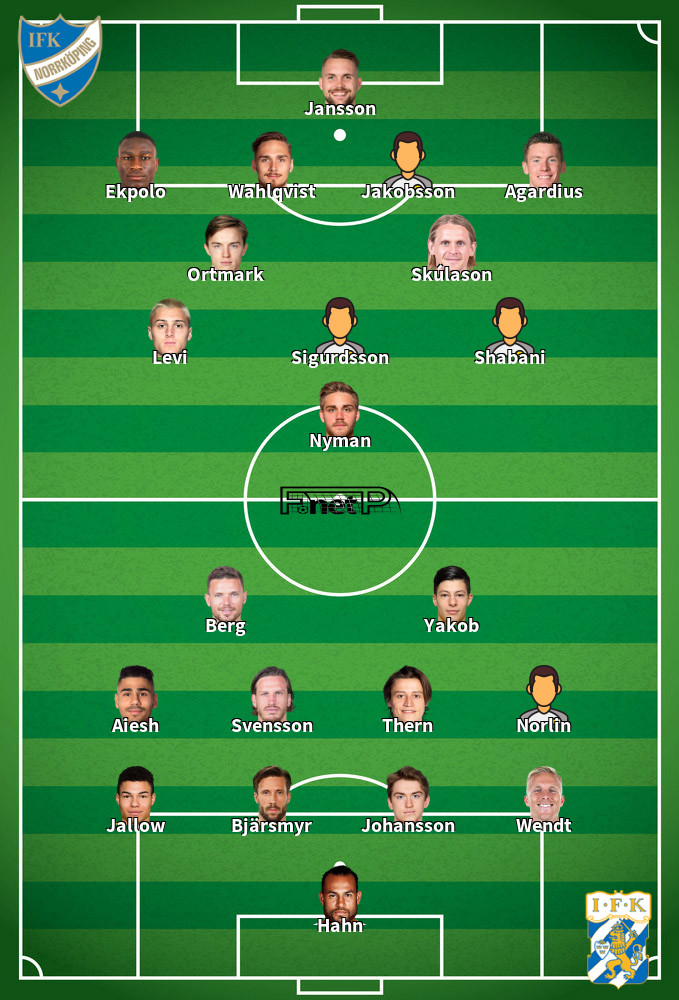 Usually taking up the Right Attacking Midfielder position, Gustaf Norlin was born in Sweden. Having played his first senior match for Varbergs BoIS in the 2020 season, the skilful Midfielder has managed 2 league goals in the Allsvenskan 2022 season to date from a total of 15 appearances.

While we have made these predictions for IFK Göteborg v IFK Norrköping for this match preview with the best of intentions, no profits are guaranteed. Always gamble responsibly, and with what you can afford to lose. We wish you the best of luck.