Kalmar FF are the guests at PlatinumCars Arena on Saturday for the Allsvenskan fixture with home side IFK Norrköping.

Our tips, poll and stats for IFK Norrköping v Kalmar FF can all be found here - as well as the best betting odds.

IFK Norrköping will play in this game after a 0-0 Allsvenskan drawn game versus Kalmar FF.

In that game, IFK Norrköping managed 48% possession and 1 shots at goal with 1 on target. At the other end, Kalmar FF had 0 shots on goal with 0 on target.

Over the course of 5 of the past six clashes featuring Kalmar FF, a comparatively low number of goals have been struck between them and opposing teams. The overall average goals scored per game in that period is a paltry 2, with the number of goals averaged by Röda bröder being 1.33. It will be interesting to see whether or not that trend can be continued on here.

Looking over their prior head to head meetings going back to 20/10/2019 shows that IFK Norrköping have won 4 of these and Kalmar FF 2, with the number of drawn results being 0.

A combined total of 13 goals were scored between the two sides throughout the course of those matches, with 8 from Snoka and 5 coming from Röda bröder. That’s an average goals per game of 2.17.

The last league match featuring these clubs was Allsvenskan match day 5 on 26/04/2022 when the final score was Kalmar FF 1-2 IFK Norrköping.

That day, Kalmar FF had 74% possession and 15 shots on goal with 4 of them on target. Their only player on the scoresheet was Isak Jansson (67').

IFK Norrköping got 10 attempts at goal with 4 of them on target. Eman Marković (6') and Jonathan Levi (42') scored.

It’s a low absenteeism rate, with just the lone fitness concern for the IFK Norrköping gaffer Glen Riddersholm to be concerned with from an otherwise fully-primed group of players. Kristoffer Khazeni (Ill) won’t play.

Thanks to a completely injury-free squad available to select from, the Kalmar FF boss Henrik Rydström has zero fitness worries at all ahead of this game.

Kalmar FF have enough to find the net against this IFK Norrköping team, although it probably won’t quite be enough to prevent defeat.

We’re tipping a close game with a 2-1 win for IFK Norrköping at full-time. Expecting it to be very competitive. 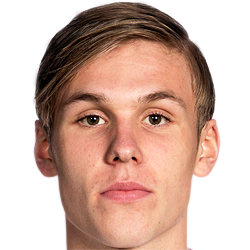 Usually deployed in the Central Attacking Midfielder position, Arnór Sigurðsson was born in Akranes, Iceland. After making a first senior appearance for IFK Norrköping in the 2017 season, the talented Midfielder has accumulated 5 league goals in the Allsvenskan 2022 season to date from a total of 7 appearances.

We have made these IFK Norrköping v Kalmar FF predictions for this match preview with the best intentions, but no profits are guaranteed. Please always gamble responsibly, only with money that you can afford to lose. Good luck!