The Veikkausliiga fixture at OmaSP Stadion on Monday sees hosts SJK ready themselves for the challenge from opponents Ilves.

All of our predictions, stats and the user poll for SJK v Ilves are shown below - along with the latest match odds.

SJK will be wanting a better result here following a 0-1 Veikkausliiga defeat last time out to KuPS.

Fewer than three goals per game were scored during 6 of the past 6 fixtures where SJK have been participants. Breaking down the goal weighting in this period, opposition teams scored an aggregate of 5 and SJK got themselves 5. That sort of pattern isn’t assured to follow through into this game, though.

Since tasting defeat last time out to FC Lahti in Veikkausliiga competition, Ilves will be hoping to turn things around here.

Jarkko Wiss's Ilves have seen their goal attempts be successful 9 times throughout their most recent 6 matches. The number of goals that have been scored against them during that same period comes to 9.

A review of their past head to head meetings stretching back to 26/06/2018 shows that these fixtures have been disappointments for SJK. They’ve not managed to register any victories at all whereas Ilves have been superior, getting wins in 83% of those ties.

An aggregate of 18 goals were scored between the two sides in this period, with 5 of them from SJK and 13 created by Ipa. That’s an average goals per game of 3.

The previous league meeting featuring the two was Veikkausliiga match day 21 on 22/10/2020 and the score finished SJK 1-3 Ilves.

SJK boss Jani Honkavaara will be grateful to have no fitness concerns whatsoever coming into this clash thanks to a completely injury-free group to choose from.

Ilves boss Jarkko Wiss has multiple availability issues to deal with. Ilari Mettälä (Ankle Fracture) and Tuomas Ollila (Knee Injury) are names that won’t be on the team sheet.

When taking all factors into account, Ilves will likely create enough chances to put a goal past this SJK side, but it is unlikely to be as many as they’ll concede.

Our selection here is for both teams to score in a 2-1 win for SJK after 90 minutes. Looking forward to seeing how this one unfolds. 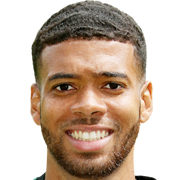 Generally used in the Striker position, Jake Jervis was born in Birmingham, England. After having played his first senior match for Hereford United in the 2009 - 2010 season, the gifted Forward has netted 2 league goals in the Veikkausliiga 2021 campaign to date in a total of 6 appearances.

While we have made these predictions for SJK v Ilves for this match preview with the best of intentions, no profits are guaranteed. Always gamble responsibly, and with what you can afford to lose. Good luck with your selections.