For all of our match predictions, pre-game poll and statistics for Independiente v Lanús, scroll down - as well as the best betting odds.

Independiente will play in this game following on from a 1-1 Superliga tied result against River Plate.

Their most recent results highlight the fact that quality has been evident in the Independiente rearguard. Independiente have given the opposition little, seeing the number of goals that have gone past their goalkeeper over the course of their last six clashes standing at 4. That pattern won’t necessarily be carried forward here, however.

Their prior results show that Independiente:

Previously, Lanús drew 1-1 in the Superliga match with Sarmiento.

Proving their appetite for eventful encounters, we’ve had goals 20 times in the prior 6 games in which Lanús have taken to the pitch, giving a mean average of 3.33 goals for each clash. Opposition teams have hit 9 from this total.

Heading into this fixture, Lanús haven't been defeated by Independiente when they have played them away from home in the previous 3 matches in the league.

Checking on their most recent head to head meetings stretching back to 28/09/2015 shows that Independiente have won 0 of them and Lanús 3, with the tally of drawn results standing at 3.

A combined sum of 11 goals were shared by the two clubs throughout the course of those matches, with 4 for El Diablo Rojo and 7 belonging to Granate. This gives an average number of goals per game equal to 1.83.

It doesn’t get much better regarding selection, with just the lone fitness concern for the Independiente manager Julio Falcioni to contend with from a near full-strength group of players. Carlos Benavidez (Cruciate Ligament Rupture) misses out.

Owing to a completely healthy group available to select from, the Lanús manager Luis Zubeldía doesn’t have any fitness concerns to speak of coming into this clash.

We’ve got the feeling that Lanús have the ability to find the net against this Independiente outfit, however that might not be enough to prevent defeat.

We reckon that it will be a tight encounter finishing with a 2-1 win for Independiente when all is said and done. Definitely a tough call. 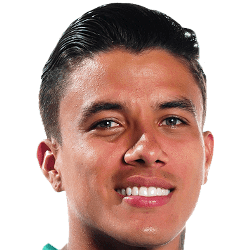 Usually taking to the field in the Central Attacking Midfielder position, Andrés Roa was born in Sabanalarga, Colombia. Having made his senior debut playing for Huracán in the 2018 - 2019 season, the gifted Midfielder has bagged 3 league goals in this Superliga 2021 campaign so far in 10 appearances.

We have made these Independiente v Lanús predictions for this match preview with the best intentions, but no profits are guaranteed. Please always gamble responsibly, only with money that you can afford to lose. Best of luck.