Internacional will be the visitors at Estádio Alfredo Jaconi on Sunday for the Serie A fixture with home side Juventude.

Scroll down for all of our predictions, poll and stats for the Juventude v Internacional game (inc. the best betting odds).

Juventude go into this match coming off the back of a 1-1 Serie A tied result vs Botafogo.

In that game, Juventude managed 39% possession and 8 shots on goal with 4 of them on target. The only player to score for Juventude was Isidro Pitta (64'). At the other end, Botafogo got 17 shots at goal with 4 on target. Diego Gonçalves (83') was the scorer for Botafogo.

It has been a rare occasion in recent times that Juventude have managed to hold out for a full 90 minutes. In fact, Juventude have failed to prevent opponents from scoring in 5 of their previous 6 matches, shipping 10 goals along the way. That pattern isn’t assured to follow through into this match, however.

Ahead of this meeting, Juventude have not won at home in their last 2 matches in the league.

In their previous game, Internacional drew 1-1 in the Copa Sudamericana tie with Guaireña.

In 5 of the prior six games involving Internacional, a notably low volume of goals have been scored between them and their opponents. The overall average number of goals per game in that spell comes to a mere 1.5, with the average goals for Colorado equalling 0.83.

Going into this encounter, Internacional haven't won against Juventude when they have played them away from home in the previous 4 league matches. They really have not been travelling well at all.

Checking out their prior head to head duels going back to 16/07/2006, both clubs have shared the honours with Juventude winning 3 of those games, Internacional 3 and 0 being draws in normal time.

A combined total of 12 goals were shared by the two clubs during those clashes, with 6 of them from Juve and 6 created by Colorado. The average goals per game has been 2.

The previous league match between these sides was Serie A match day 31 on 11/11/2021 when it ended Juventude 2-1 Internacional.

That day, Juventude managed 47% possession and 14 shots on goal with 3 of them on target. Their only player to score was Dawhan (65').

At the other end, Internacional had 14 attempts on goal with 3 on target. Paulo Victor (86' Own goal) and Matheus Cadorini (88') scored.

With a completely injury-free squad available to select from, the Internacional manager Mano Menezes has no fitness worries to report ahead of this clash.

We’re of the opinion that Juventude may not find it easy to break down this Internacional lineup who we think will win and very possibly keep a clean sheet.

Therefore, we predict a hard-fought 0-1 win for Internacional at the end of this one. 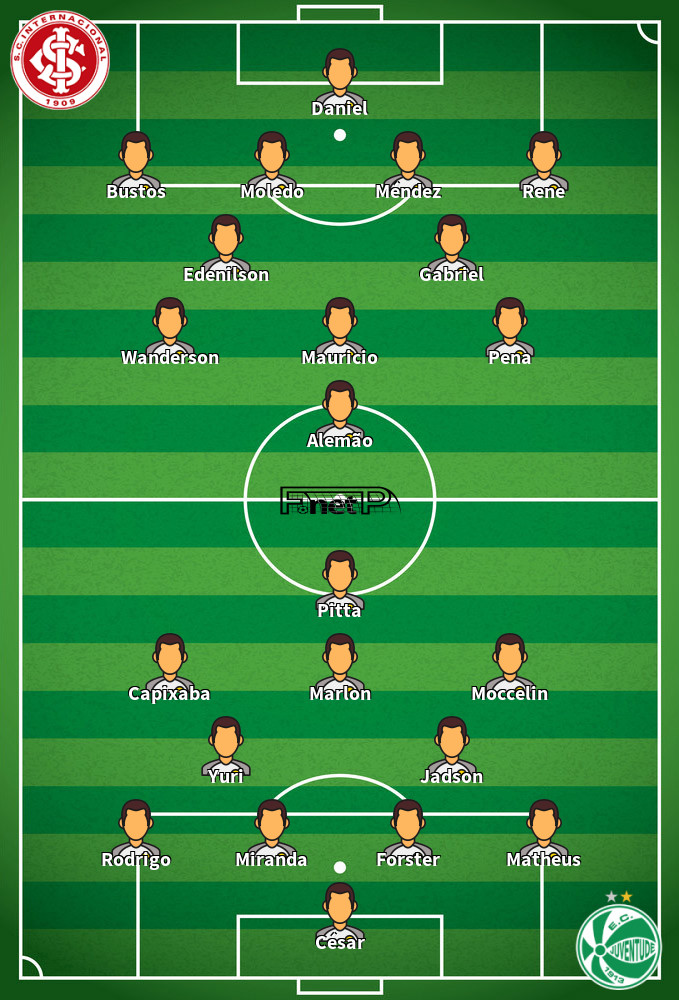 While we have made these predictions for Juventude v Internacional for this match preview with the best of intentions, no profits are guaranteed. Always gamble responsibly, and with what you can afford to lose. Best of luck.