For all of our match predictions, pre-game poll and statistics for Raith Rovers v Inverness C.T., scroll down - along with the latest match odds.

Raith Rovers will be looking for a repeat result of the 0-2 Scottish Cup success against Linlithgow Rose.

Raith Rovers haven’t been able to stop scoring goals, finding the back of the net in one hundred percent of their last 6 games.

They have managed to rack up 9 during that time and have conceded a total of 5. That kind of trend might not follow through here, of course.

In their previous game, Inverness C.T. drew 0-0 in the Championship match with Queen's Park.

The stats don’t lie, and Inverness C.T. have been scored against in 5 of their last 6 games, with opponents netting 10 goals in total. At the back, Inverness C.T. seem to have a bit of a soft underbelly.

Coming into this fixture, Inverness C.T. remain undefeated by Raith Rovers in games played away from home for the previous 11 matches in the league. It doesn't get much better than that.

Looking over their most recent head-to-head meetings going back to 23/10/2021 tells us that Raith Rovers have won 0 of them & Inverness C.T. 2, with the tally of draws being 4.

A combined total of 13 goals were produced between them in these games, with 5 of them from The Rovers and 8 for Caley Thistle. This gives an average number of goals per game equal to 2.17.

The last league meeting between the two was Championship match day 12 on 22/10/2022 when it finished Inverness C.T. 1-1 Raith Rovers.

The Raith Rovers boss Ian Murray doesn’t have any fitness worries to speak of coming into this game with a fully injury-free squad to choose from.

Thanks to a fully healthy group available for selection, the Inverness C.T. boss Billy Dodds doesn’t have any fitness worries to report coming into this clash.

We think that Inverness C.T. will have their work cut out to score against this Raith Rovers team who we think will manage to get a goal of their own in a winning performance.

We’re therefore expecting a hard-fought 1-0 victory for Raith Rovers at the end of the 90 minutes. 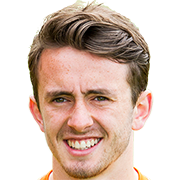 Normally deployed in the Right Attacking Midfielder position, Aidan Connolly was born in Dundee, Scotland. After having played his first senior match for Queen's Park in the 2012 - 2013 season, the gifted Midfielder has scored a sum of 9 league goals in the Championship 2022 - 2023 campaign to date coming from a total of 22 appearances.

While we have made these predictions for Raith Rovers v Inverness C.T. for this match preview with the best of intentions, no profits are guaranteed. Always gamble responsibly, and with what you can afford to lose. Best of luck with your selections.