MK Dons will be at Portman Road on Saturday for the League One meeting with home side Ipswich Town.

Our Ipswich Town v MK Dons tips, poll and stats can be seen in full below - plus the latest betting odds.

Ipswich Town enter this fixture following a 0-0 League One stalemate against Rochdale.

Ipswich Town have really been misfiring in more recent games. Their ‘goals for’ figure equals just 4 versus opposing sides during the course of their previous six fixtures. In those games, The Tractor Boys have also seen the number of goals that have gone against them total 5.

Looking at their past form shows that Ipswich Town:

Following on from being beaten in their last game against Crewe Alexandra in League One action, MK Dons and their travelling supporters will be hoping that they can get a better result in this one.

Looking at their form, and MK Dons have been scored against in 5 of their last 6 games, letting opponents get 7 goals overall. Defensively, The Dons seem to have a bit of a soft underbelly. That trend won’t necessarily be continued into this game, of course.

Ahead of this meeting, MK Dons have not won against Ipswich Town in away games against them for the last 2 league matches.

An examination of their past head to head results stretching back to 27/03/2004 tells us that these encounters have ended in disappointment for MK Dons. They’ve not managed to get themselves any wins at all whereas Ipswich Town have just been stronger than them, beating them in 67% of those ties.

An aggregate of 18 goals were shared by the two clubs during those clashes, with 11 of them from The Tractor Boys and 7 being from The Dons. That’s an average goals per game figure of 3.

The previous league encounter featuring the two was League One match day 4 on 03/10/2020 which ended up with the score at MK Dons 1-1 Ipswich Town.

Thanks to a largely full-strength group of players, there is just the one fitness issue for the MK Dons boss Russell Martin to contend with. Ben Gladwin (Knee Injury) misses out for this game.

In our view, MK Dons will need to put in a solid display to breach the defence of this Ipswich Town side who we reckon will score & stay on top.

Our tip is therefore for a very competitive game with a 1-0 win for Ipswich Town at the conclusion of the game. 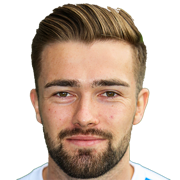 Mostly playing in the Right Attacking Midfielder position, Gwion Edwards was born in Carmarthen, Wales. After having played his first senior match for St Johnstone in the 2012 - 2013 season, the accomplished Midfielder has got 5 league goals in the League One 2020 - 2021 campaign to date in a total of 27 appearances.

We have made these Ipswich Town v MK Dons predictions for this match preview with the best intentions, but no profits are guaranteed. Please always gamble responsibly, only with money that you can afford to lose. Good luck if you do place a bet today.