View all Plymouth Argyle v Ipswich Town tips, stats and our pre-match poll below - as well as the best betting odds.

Plymouth Argyle will be looking for another win after a 1-3 EFL Trophy triumph versus Swindon Town.

Plymouth Argyle haven’t had any problems with scoring, netting in one hundred percent of their last 6 games.

They have hit an aggregate of 12 during that time while seeing the number of goals scored against them stand at 6. While that may be of interest, time will tell if that pattern will persist in this upcoming match.

Ipswich Town come into this encounter following a 2-0 EFL Trophy win with the eclipse of Arsenal U23s in their previous outing.

For Ipswich Town, the goals were scored by Dominic Ball (3') and Freddie Ladapo (85').

A succession of dependable showings from the Ipswich Town defence has resulted in the number of goals they’ve conceded amounting to 4 from their previous 6 outings in total. Over that same time, their own attack force has managed to score 16.

Going into this one, Ipswich Town haven't been defeated in their previous 6 away league matches.

Checking on their prior head to head clashes going back to 24/10/2009 tells us that Plymouth Argyle have won 2 of them and Ipswich Town 3, with the tally of draws being 1.

A total of 12 goals were scored between them throughout the course of those matches, with 6 of them for The Pilgrims and 6 for The Tractor Boys. That’s an average goals per game of 2.

The Plymouth Argyle manager Steven Schumacher will be grateful not to have any fitness worries whatsoever before this game owing to a completely injury-free squad available to select from.

Thanks to a largely full-strength group of players, there’s only the lone fitness worry for the Ipswich Town gaffer Kieran McKenna to contend with. Cameron Burgess (Facial Fracture) misses out for this game.

Here is a game where Plymouth Argyle will have to perform well to see themselves scoring against this Ipswich Town team who we reckon will be able to get on the scoresheet themselves in a winning performance. 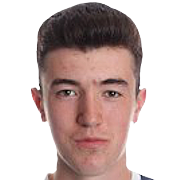 Mostly playing in the Centre Midfield position, Finn Azaz was born in Westminster, England. Having made his senior debut playing for Plymouth Argyle in the 2022 - 2023 season, the accomplished Midfielder has netted 3 league goals in the League One 2022 - 2023 season to date in 9 appearances.

While we have made these predictions for Plymouth Argyle v Ipswich Town for this match preview with the best of intentions, no profits are guaranteed. Always gamble responsibly, and with what you can afford to lose.