Sheffield Wednesday will be taking on visiting club Ipswich Town at Hillsborough Stadium in this League One clash on Saturday.

Our Sheffield Wednesday v Ipswich Town predictions, statistics and match poll can be seen below - as well as up-to-date odds.

Sheffield Wednesday, who won their previous game, will hope for a similar result following the 0-3 League One triumph vs Morecambe.

A recurring characteristic of more recent Sheffield Wednesday games is the number of nil scores.

Taking their prior 6 matches before this one, in as many as 5 of them a wager on "Both Teams to Score" would have lost. Let’s see whether or not that trend can be continued on here.

Heading into this contest, Sheffield Wednesday have not lost a league tie with Ipswich Town in their last 4 matches.

Ipswich Town go into this meeting following a 2-0 League One win in the defeat of Bristol Rovers in their previous fixture.

In their previous 6 outings, Ipswich Town have bagged a tally of 16 goals. Ipswich Town have also not failed to score in every single one of those games. Over that period, they’ve seen 2 goals go into their own net.

Taking a look at their past results, Ipswich Town:

A look at their prior head-to-head meetings stretching back to 22/11/2017 shows that Sheffield Wednesday have won 3 of these games & Ipswich Town 1, with the number of drawn results being 2.

A combined total of 14 goals were produced between them throughout the course of those matches, with 8 from The Owls and 6 being from The Tractor Boys. The average goals per game has been 2.33.

The Sheffield Wednesday manager Darren Moore doesn’t have any fitness concerns at all ahead of this match with a fully healthy squad available to choose from.

Thanks to a mainly full-strength group, there’s just a single fitness issue for the Ipswich Town gaffer Kieran McKenna to be concerned with. Cameron Burgess (Facial Fracture) won’t be playing here.

In our view, Ipswich Town and Sheffield Wednesday could end up without much reward for their efforts here.

A draw is a real possibility, as a clear-cut winner doesn’t appear to be obvious. That is why we are leaning toward a hard-fought 0-0 score at full-time. 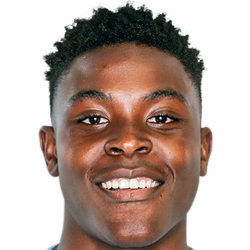 Mostly deployed in the Centre Midfield position, Fisayo Dele-Bashiru was born in Hamburg, Germany. Having made a first senior appearance for Sheffield Wednesday in the 2020 - 2021 season, the talented Midfielder has got 2 league goals in this League One 2022 - 2023 season to date in 3 appearances.

While we have made these predictions for Sheffield Wednesday v Ipswich Town for this match preview with the best of intentions, no profits are guaranteed. Always gamble responsibly, and with what you can afford to lose. Good luck with your selections.