Swindon Town will take to the pitch with away side Ipswich Town at The Energy Check County Ground in the League One clash on Saturday.

For all of our match predictions, pre-game poll and statistics for Swindon Town v Ipswich Town, scroll down - as well as the best betting odds.

Swindon Town will be looking for an improved result here following a 5-0 League One loss in their previous game against MK Dons.

Fixtures with Swindon Town have often been absorbing ones of late with high scoring being a common characteristic. Over their past six games, a total of 23 goals have flown in for both teams combined (at an average of 3.83 goals per game) with 6 of them accredited to The Robins. We will just have to see if that trend can be continued on in this game.

In their previous fixture, Ipswich Town drew 0-0 in the League One tie with AFC Wimbledon.

Fixtures involving Ipswich Town have ended up being somewhat bland ones recently with a scarcity of goals being the rule rather than the exception. During their past six games, an uninspiring gross goal total of 6 has been yielded between both them and their opponents at an average goals per game of 1.

Their past results show that Ipswich Town:

An examination of their prior head to head clashes stretching back to 28/12/1997 shows that Swindon Town have won 1 of these games and Ipswich Town 5, with the number of drawn games being 0.

The previous league contest between the two was League One match day 23 on 09/01/2021 when it finished Ipswich Town 2-3 Swindon Town.

Swindon Town boss Tommy Wright will be grateful not to have any fitness worries at all coming into this match owing to a completely healthy group available to select from.

Ipswich manager Paul Cook has some current player fitness concerns. Gwion Edwards (Thigh Problems), Flynn Downes (Knee Injury) and Stephen Ward (Achilles tendon problems) are those who can’t be considered. Josh Harrop is ineligible for this match because of suspension.

In our opinion, Ipswich Town and Swindon Town could well end up finding themselves level here, with both teams capable of netting.

A close call, and we think a draw is quite likely. Our tip is therefore for a very even match with a 1-1 score draw at full-time. 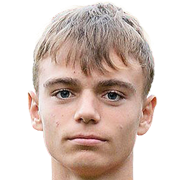 Customarily deployed in the Striker position, Scott Twine was born in Swindon, England. After having made a senior debut playing for Swindon Town in the 2016 - 2017 season, the talented Forward has got 5 league goals in the League One 2020 - 2021 season so far from a total of 23 appearances.

We have made these Swindon Town v Ipswich Town predictions for this match preview with the best intentions, but no profits are guaranteed. Please always gamble responsibly, only with money that you can afford to lose. We wish you the best of luck.