Full predictions, pre-match stats and user poll for Trabzonspor v Istanbulspor are shown on this page - plus the latest match odds.

Abdullah Avcı's Trabzonspor have found the net 8 times in their last six outings. The comparative tally of goals that have been scored against them in those games amounts to 10.

Coming into this clash, Trabzonspor are unbeaten in their previous 34 league matches at home. What a fortress.

Istanbulspor come into this encounter following on from a 0-2 Super Lig win over Ümraniyespor in their last match.

In that game, Istanbulspor managed 30% possession and 8 attempts at goal with 3 of them on target. For Istanbulspor, goals were scored by Valon Ethemi (30') and Melih Kabasakal (45'). Ümraniyespor had 27 attempts on goal with 5 on target.

Looking at their form, and Istanbulspor have been scored against in 5 of their last 6 matches, seeing their opponents hit 11 goals in all. Defensively, Istanbulspor have seen their frailties exposed. Even so, we’ll just have to find out whether the trend will be sustained in this game.

The last league clash between these sides was Super Lig match day 1 on 05/08/2022 and the score finished Istanbulspor 0-2 Trabzonspor.

On that occasion, Istanbulspor had 52% possession and 3 attempts on goal with 2 of them on target.

Trabzonspor got 13 shots at goal with 5 on target. Andreas Cornelius (16') and Stefano Denswil (86') scored.

Owing to an otherwise healthy group of players, there is just the one fitness issue for the Istanbulspor manager Fatih Tekke to be concerned about. Eslem Öztürk (Fitness) won’t be in action.

Trabzonspor certainly have the ability to fashion enough chances to find the net more than once while possibly not conceding when they come up against Istanbulspor, who will be up against it to break down their defence.

Therefore, we are anticipating a comfortable 2-0 win for Trabzonspor at the conclusion of the game. 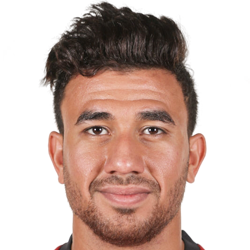 Normally taking up the Left Wing position, Trézéguet was born in Kafr El Sheikh, Egypt. Having made a first senior appearance for RSC Anderlecht in the 2015 - 2016 season, the goalscoring Forward has scored 5 league goals in the Süper Lig 2022 - 2023 campaign so far in 17 appearances.

While we have made these predictions for Trabzonspor v Istanbulspor for this match preview with the best of intentions, no profits are guaranteed. Always gamble responsibly, and with what you can afford to lose. Good luck!