The First League clash at Fortuna Arena on Sunday sees hosts Slavia Prague take to the field against Baumit Jablonec.

All Slavia Prague v Baumit Jablonec game predictions, stats and user poll are shown below - plus the latest betting odds.

Slavia Prague, following on from their previous result, will be hoping for more of the same after a 0-4 First League triumph over Tescoma Zlín.

Their latest results shine a light on the fact that much solidity has been shown by the Slavia Prague backline. Slavia Prague have given the opposition little, with the number of goals that have gone in at their end over the course of their past six clashes standing at 3.

Since a loss in their previous game against Mladá Boleslav in First League competition, Baumit Jablonec and their travelling supporters will be hoping that they can get a better result in this one.

The only player to score from Baumit Jablonec was Pavel Šulc (18'). Tomáš Ladra (45') and Vojtěch Kubista (87') scored for Mladá Boleslav.

The numbers tell their own story, and Baumit Jablonec have been scored against in 5 of their last 6 matches, seeing their opponents hit 11 goals in all. Defensively, Baumit Jablonec have some weaknesses to address. Historical results aside, we must now wait to see whether the trend will continue on in this upcoming match or not.

Analysis of their past results shows that Baumit Jablonec:

Looking over past results between these clubs going back to 28/06/2020 reveals that these fixtures have ended in disappointment for Baumit Jablonec. They have not been able to register any victories at all while Slavia Prague have dominated them, winning in 83 per cent of those matches.

There were also plenty of goals scored in those games, 22 in total which averages out at 3.67 goals per meeting.

The last league game between these sides was First League match day 3 on 14/08/2022 and the score finished Baumit Jablonec 2-3 Slavia Prague.

The referee was Ladislav Szikszay.

With a fully injury-free group ready to go, the Baumit Jablonec boss David Horejš has no fitness worries to speak of before this match.

We feel that Baumit Jablonec certainly have the ability to get a goal against this Slavia Prague lineup, but that possibly won’t quite be enough to avoid a loss.

We can see both teams to score in a 2-1 win for Slavia Prague after the 90. It’s a very tough call. 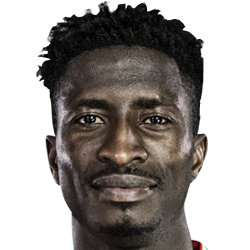 Customarily deployed in the Left Wing position, Peter Olayinka was born in Ibadan, Nigeria. After making a first senior appearance for Skënderbeu Korçë in the 2014 - 2015 season, the skilful Forward has managed to score 5 league goals in this First League 2022 - 2023 campaign to date coming from a total of 10 appearances.

We have made these Slavia Prague v Baumit Jablonec predictions for this match preview with the best intentions, but no profits are guaranteed. Please always gamble responsibly, only with money that you can afford to lose. We wish you the best of luck.