The only name on the scoresheet from JEF United Chiba was Tomoya Miki (54', 70').

Jong-Hwan Yoon's JEF United Chiba have hit the back of the net 12 times over their past 6 outings. Conversely, the number of goals that have been scored against them in that same time stands at 5.

Leading up to this clash, JEF United Chiba:

In their last fixture, Kyoto Sanga drew 0-0 in the J2 League match with Fagiano Okayama.

For 5 of the previous six clashes involving Kyoto Sanga, a relatively low number of goals have been hit between them and their opponents. The overall average number of goals per game in that spell comes to a mere 1.5, with the average goals for Kyoto standing at 1. That kind of trend might not be sustained into this match, however.

Their past results show that Kyoto Sanga:

An examination of their most recent head-to-head meetings stretching back to 10/11/2018 shows that JEF United Chiba have won 1 of these games and Kyoto Sanga 3, with the number of draws being 2.

An aggregate of 11 goals were produced between them during those clashes, with 5 from JEF Utd and 6 netted by Kyoto. This gives an average number of goals per game equal to 1.83.

The previous league meeting between these clubs was J2 League match day 6 on 04/04/2021 which finished with the scoreline of Kyoto Sanga 2-1 JEF United Chiba.

The referee was Koei Hut.

The JEF United Chiba manager Jong-Hwan Yoon will be thankful to have no fitness worries at all ahead of this clash with a completely healthy group to choose from.

Due to a completely healthy squad available for selection, the Kyoto Sanga manager Kwi-Jae Cho doesn’t have any fitness worries whatsoever ahead of this game.

When taking everything into account, JEF United Chiba will do well to score against this Kyoto Sanga lineup who we think will do enough to score at the other end and edge ahead.

With that in mind, we reckon that it will be a good battle with a 0-1 advantage for Kyoto Sanga after 90 minutes. 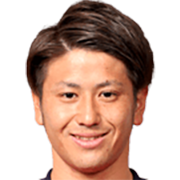 Normally used in the Central Attacking Midfielder position, Takaki Fukumitsu was born in Kagoshima, Japan. After having played his first senior match for Renofa Yamaguchi in the 2016 season, the goalscoring Midfielder has scored 3 league goals in the J2 League 2021 campaign to date in a total of 34 appearances.

We have made these JEF United Chiba v Kyoto Sanga predictions for this match preview with the best intentions, but no profits are guaranteed. Please always gamble responsibly, only with money that you can afford to lose. Good luck!