Jong Ajax meet away side MVV at Sportpark De Toekomst in this Eerste Divisie match on Monday.

To see all of our predictions, user poll & stats for Jong Ajax v MVV, scroll down - as well as the best betting odds.

Jong Ajax, buoyed by their previous result, will be hoping for more of the same after the 2-4 Eerste Divisie success against Almere City.

Jong Ajax have not been the best at stopping their opponents of late, but they have also done enough to score goals themselves. Looking at their last 6 games, Jong Ajax have been punished defensively in 6 of them in addition to scoring in 6 of those matches.

Coming into this fixture, Jong Ajax haven't lost in the league to MVV in their previous 3 games.

MVV head into the match after a 1-0 Eerste Divisie win with the defeat of FC Eindhoven in their previous fixture.

In that game, MVV had 54% possession and 9 shots at goal with 3 on target. The scorer for MVV was Orhan Džepar (70'). At the other end, FC Eindhoven got 17 attempts on goal with 4 on target.

In a total of 5 out of the previous 6 clashes involving MVV, three or more goals have been hit. The overall average goals scored per match within that spell is 4.33, with the average number of goals for MVV working out to 1.5. Let’s find out whether or not that trend will end up being sustained in this game.

A review of their past head-to-head meetings stretching back to 28/04/2018 shows us that Jong Ajax have won 4 of these games & MVV 2, with the tally of drawn matches being 0.

The previous league match between these sides was Eerste Divisie match day 29 on 19/03/2021 which ended up with the score at Jong Ajax 4-3 MVV.

The Jong Ajax boss John Heitinga doesn’t have any fitness concerns whatsoever ahead of this game thanks to a completely healthy squad available to choose from.

Owing to an otherwise full-strength squad, there’s only the one fitness problem for the MVV gaffer Klaas Wels to contend with. Mitchel Keulen (Fractured Rib) misses out for this game.

When taking all factors into account, MVV will likely create enough chances to put a goal past this Jong Ajax lineup, however that realistically won’t be as many as they’ll concede.

We reckon that it will be a narrow 2-1 winning score for Jong Ajax at full-time. Should be a good one. 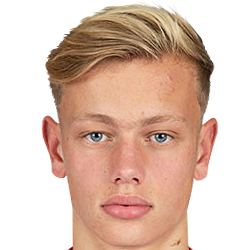 Customarily playing in the Centre Midfield position, Max de Waal was born in Hoorn, Netherlands. After having made a senior debut playing for Jong Ajax in the 2019 - 2020 season, the dangerous Midfielder has managed to score 7 league goals in this Eerste Divisie 2021 - 2022 campaign so far coming from a total of 7 appearances.

While we have made these predictions for Jong Ajax v MVV for this match preview with the best of intentions, no profits are guaranteed. Always gamble responsibly, and with what you can afford to lose. Best of luck with your selections.