Return to this page a few days before the scheduled game when this expired prediction will be updated with our full preview and tips for the next match between these teams.
Full-Time Result Prediction for Jong AZ vs FC Oss
Jong AZ to Win
Jong AZ face off with visiting rivals FC Oss at AFAS Stadion in this Eerste Divisie game on Monday.

We feel that Jong AZ will most probably get a lot of shots on goal and make them count. However, FC Oss could well struggle to break down their defence but we do think that it’s more than likely that they will be being dangerous at times, too. We’re tipping a fairly comfortable 3-1 margin for Jong AZ come full-time. Scroll down to see all of the predictions, poll and statistics for Jong AZ v FC Oss - as well as the best betting odds.

Heading into this contest, Jong AZ haven't been defeated in their previous 3 home league matches. 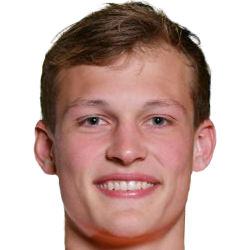 Mostly playing in the Centre Midfield position, Thijs Oosting was born in Emmen, Netherlands. Having played his first senior match for Jong AZ in the 2018 - 2019 season, the dangerous Midfielder has struck 5 league goals in this Eerste Divisie 2019 - 2020 season to date coming from a total of 19 appearances.

We have made these Jong AZ v FC Oss predictions for this match preview with the best intentions, but no profits are guaranteed. Please always gamble responsibly, only with money that you can afford to lose. Best of luck.