The Eerste Divisie match at Parkstad Limburg Stadion on Friday will see home side Roda JC Kerkrade up against opponents in Jong AZ.

View all Roda JC Kerkrade v Jong AZ tips, stats and our pre-match poll below (plus the best game odds).

Roda JC Kerkrade, buoyed by their previous result, will be hoping for more of the same after a 0-3 Eerste Divisie victory against Helmond Sport.

Roda JC Kerkrade haven’t been able to stop scoring goals, netting in each and every one of their last 6 matches.

They have hit an aggregate of 12 during that period while also conceding a total of 6. Such a pattern won’t necessarily follow through into this next game, however.

Since being beaten in their last game against MVV in Eerste Divisie competition, Jong AZ and their fans will hope to get a better result this time.

It is worth noting that Jong AZ have failed to get amongst the goals in their past six games, netting the poor return of only 3. In those fixtures, Jong AZ have also seen the overall goal tally of their opponents equal 7.

Their prior results show that Jong AZ:

That time, Roda JC Kerkrade managed 55% possession and 14 shots on goal with 3 of them on target.

On the other side, Jong AZ had 9 attempts at goal with 4 on target. Yusuf Barasi (72') scored.

The match was refereed by Jesse Rozendal.

The Roda JC Kerkrade manager Jurgen Streppel has no fitness worries whatsoever before this match thanks to a fully injury-free squad available to select from.

Due to a fully healthy squad ready to go, the Jong AZ boss Maarten Martens has no fitness worries to speak of coming into this game.

Our feeling is that Roda JC Kerkrade will, in all likelihood, be able to create a high number of chances and successful shots on target.

Conversely, Jong AZ are also probably going to find it difficult to break down their defence although we do think it’s probable that they will be converting at least once here, too. 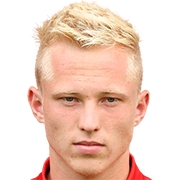 Typically taking to the field in the Central Attacking Midfielder position, Patrick Pflücke was born in Dresden, Germany. Having made a first senior appearance for in the 2014 - 2015 season, the dangerous Midfielder has managed to score 4 league goals in the Eerste Divisie 2021 - 2022 season so far in 13 appearances.

While we have made these predictions for Roda JC Kerkrade v Jong AZ for this match preview with the best of intentions, no profits are guaranteed. Always gamble responsibly, and with what you can afford to lose. Good luck!