Our full set of predictions, statistics and match poll for Willem II v Jong AZ can be seen below - as well as up-to-date odds.

Kevin Hofland's Willem II have netted a sum total of 7 times over their past half-dozen outings. At the other end, the number of goals that have been scored against them in that time stands at 6.

Since a loss in their previous game against FC Zwolle in Eerste Divisie action, Jong AZ will be aiming to make amends here.

Jong AZ have had no problems opening up opposition defences leading up to this encounter, having scored 13 times in their last 6 matches. This doesn’t mask the fact that Jong AZ can also improve defensively after being scored against in 6 of those same games.

Coming into this clash, Jong AZ are without a win away from home in their last 2 league matches.

Owing to a completely injury-free squad available to select from, the Jong AZ boss Maarten Martens does not have any fitness concerns to report before this clash.

In our view, Jong AZ have enough to put one past this Willem II lineup, but that might not be enough to prevent defeat.

We’re tipping both teams to score in a 2-1 winning margin for Willem II by the time that the referee blows the final whistle. Should be a good one. 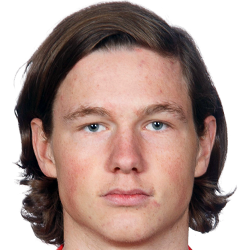 Mostly taking to the field in the Left Wing position, Max Svensson was born in Sweden. Having played his first senior match for Helsingborgs IF in the 2016 season, the dangerous Forward has contributed 3 league goals in the Eerste Divisie 2022 - 2023 season to date in 6 appearances.

While we have made these predictions for Willem II v Jong AZ for this match preview with the best of intentions, no profits are guaranteed. Always gamble responsibly, and with what you can afford to lose. We wish you the best of luck.