Scroll down to see all of the predictions, poll and statistics for Roda JC Kerkrade v Jong PSV - as well as the best betting odds.

Roda JC Kerkrade fans will want a repeat of their previous result, being a 2-0 Eerste Divisie triumph over FC Eindhoven.

In their past six fixtures, Jurgen Streppel's Roda JC Kerkrade have scored a combined total of 9 times resulting in an average number of goals per match of 1.5.

Jong PSV will come into the clash after a 2-1 Eerste Divisie win versus VVV-Venlo in their previous match.

In that game, Jong PSV managed 52% possession and 17 shots at goal with 7 on target. For Jong PSV, the goals were scored by Johan Bakayoko (24') and Maximiliano Romero (44'). On the other side, VVV-Venlo had 11 attempts on goal with 3 of them on target. Erik Sorga (46') scored for VVV-Venlo.

Looking at their form, and Jong PSV have been scored against in 6 of their last 6 games, letting opponents get 9 goals overall. In defence, Jong PSV seem to have a bit of a soft underbelly.

Ahead of this meeting, Jong PSV are without a win away from home in their last 6 league games.

Looking at the statistics for their head to head duels stretching back to 20/04/2015, both clubs have shared the honours with Roda JC Kerkrade winning 1 of those games, Jong PSV 1 and 4 being drawn in regulation time.

21 goals were scored between them in these games, with 12 of them from De Koempels and 9 coming from Rood-witten. That’s an average goals per game figure of 3.5.

The previous league encounter between the two was Eerste Divisie match day 23 on 05/02/2021 when it finished Roda JC Kerkrade 5-1 Jong PSV.

The referee was Martijn Vos.

There aren’t many personnel worries, with just the sole fitness concern for the Roda JC Kerkrade gaffer Jurgen Streppel to contend with from an otherwise complete group of players. Florian Mayer (Unknown Injury) won’t play.

Due to a completely healthy squad to pick from, the Jong PSV manager Ruud van Nistelrooy has zero fitness concerns to speak of before this clash.

Jong PSV will have to play really well to find the net against a Roda JC Kerkrade side who will likely boss this game in attack, midfield and defence.

Our tip is for a very comprehensive 3-0 winning scoreline for Roda JC Kerkrade after 90 minutes. 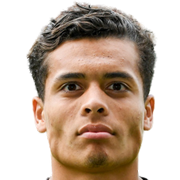 Mostly played in the Central Attacking Midfielder position, Denzel Jubitana was born in Belgium. After having played his first senior match for Waasland-Beveren in the 2018 - 2019 season, the gifted Midfielder has scored a sum of 2 league goals in this Eerste Divisie 2021 - 2022 campaign so far in 9 appearances.

While we have made these predictions for Roda JC Kerkrade v Jong PSV for this match preview with the best of intentions, no profits are guaranteed. Always gamble responsibly, and with what you can afford to lose. Good luck!