Roda JC Kerkrade will arrive at Sportcomplex Zoudenbalch on Monday for the Eerste Divisie game with home team Jong Utrecht.

View all Jong Utrecht v Roda JC Kerkrade tips, stats and our pre-match poll below including the latest game odds.

Jong Utrecht will be hoping to bounce back here after a 3-1 Eerste Divisie loss in their previous game against Jong Ajax.

In that match, Jong Utrecht managed 39% possession and 12 shots at goal with 4 on target. The only player to score for Jong Utrecht was Remco Balk (12'). On the other side, Jong Ajax got 18 attempts on goal with 7 of them on target. Naci Ünüvar (25', 77') and Terrence Douglas (88') scored for Jong Ajax.

Darije Kalezić's Jong Utrecht have scored a sum total of 9 times in their last 6 outings. The tally of goals that have been scored against them in those same games is 7.

Ahead of this meeting, Jong Utrecht remain unbeaten by Roda JC Kerkrade when playing them at home in the previous 2 matches in the league.

In their last game, Roda JC Kerkrade drew 2-2 in the Eerste Divisie tie with Jong PSV.

In the course of their six latest matches, Jurgen Streppel's Roda JC Kerkrade have seen their efforts on goal rewarded a total of 8 times thus earning them the goals scored per game average of 1.33.

Looking at the statistics for their head to head meetings going back to 02/11/2018, there has been little between the sides with Jong Utrecht winning 3 of those games, Roda JC Kerkrade 3 and 0 being drawn in normal time.

In all, 18 goals were yielded between them during those clashes, with 10 of them for Jong Utrecht and 8 netted by De Koempels. The average number of goals per game works out to 3.

The Jong Utrecht boss Darije Kalezić will be thankful to have no fitness worries to speak of coming into this game with a completely healthy squad ready to go.

Out of a mainly healthy squad, there’s only the one fitness worry for the Roda JC Kerkrade manager Jurgen Streppel to be concerned with. Florian Mayer (Unknown Injury) misses out for this game.

We’re of the opinion that Jong Utrecht will have to perform well to get anything against this Roda JC Kerkrade lineup who we think should do enough to score at the other end and edge ahead.

We’re therefore expecting a hard-fought contest, finishing with a 0-1 winning score for Roda JC Kerkrade when the full-time whistle blows. 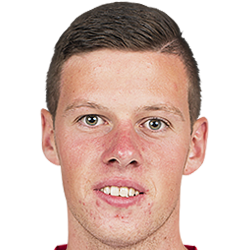 Typically played in the Striker position, Nick Venema was born in Austerlitz, Netherlands. Having made his senior debut playing for Jong Utrecht in the 2016 - 2017 season, the goalscoring Forward has got 5 league goals in the Eerste Divisie 2021 - 2022 season so far in 9 appearances.

We have made these Jong Utrecht v Roda JC Kerkrade predictions for this match preview with the best intentions, but no profits are guaranteed. Please always gamble responsibly, only with money that you can afford to lose. Good luck if you do place a bet today.