The Superettan clash at Stadsparksvallen on Tuesday sees home side Jönköpings Södra IF locking horns with Orgryte.

Our tips, poll and stats for Jönköpings Södra IF v Orgryte can all be found here including the latest game odds.

Jönköpings Södra IF will be hoping to bounce back here after the 2-0 Superettan loss in their previous game against Östers IF.

Jesper Westermark (7') and Isak Magnusson (90') scored for Östers IF.

Going into this encounter, Jönköpings Södra IF haven't won against Orgryte in their last 2 league matches.

In their last fixture, Orgryte drew 3-3 in the Superettan tie with Dalkurd FF.

Looking at their form, and Orgryte have been scored against in 5 of their last 6 matches, letting opponents get 12 goals in all. In defence, Orgryte have clearly had some problems.

Looking over their most recent head to head clashes dating back to 01/09/2019 tells us that Jönköpings Södra IF have won 3 of these & Orgryte 2, with the number of draws being 1.

A combined sum of 15 goals were produced between them in this period, with 9 of them for J-Södra and 6 belonging to Sällskapet. This gives an average number of goals per game equal to 2.5.

The previous league meeting featuring these sides was Superettan match day 26 on 23/10/2021 when it ended Jönköpings Södra IF 0-2 Orgryte.

The Jönköpings Södra IF boss Patric Jildefalk has zero fitness worries to speak of ahead of this clash thanks to a fully healthy squad available to select from.

Due to a completely injury-free group available to choose from, the Orgryte manager Dane Ivarsson has no fitness concerns to report ahead of this game.

Our assessment is that Orgryte and Jönköpings Södra IF could both find goals hard to come by here.

A draw is a real possibility, as a clear-cut winner doesn’t appear to be obvious. That’s why our selection here is for a 0-0 draw when the referee blows the final whistle. 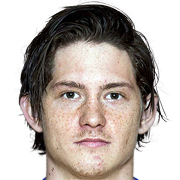 Mostly used in the Striker position, Robin Book was born in Sweden. After having made a senior debut playing for Syrianska FC in the 2016 season, the goalscoring Forward has bagged 3 league goals in the Superettan 2022 campaign so far in 10 appearances.

While we have made these predictions for Jönköpings Södra IF v Orgryte for this match preview with the best of intentions, no profits are guaranteed. Always gamble responsibly, and with what you can afford to lose. Good luck!