There’s Champions League action happening on Tuesday as Malmö will be taking on Juventus.

All Malmö FF v Juventus match predictions, user poll and stats are shown below including the latest game odds.

Malmö enter this fixture coming off the back of a 1-1 Allsvenskan stalemate vs IFK Norrköping.

Malmö FF haven’t had any problems with scoring, netting in each and every one of their last 6 games.

They’ve claimed a sum of 10 during that period and have conceded a total of 8. That trend might not be sustained here, however.

After being defeated in their last game at the hands of SSC Napoli in Serie A competition, Juventus and their travelling supporters will be hoping that they can get a better result in this one.

Juventus have had no problems opening up opposition defences leading up to this encounter, scoring 12 goals in their last 6 matches. While their manager Massimiliano Allegri will no doubt take that as a positive sign, Juventus can also improve defensively after being scored against in 6 of those same games.

In this match, Malmö FF have enough to get a goal against this Juventus side, however a single goal might not be as many as they will have scored against them.

Therefore, we’re predicting a narrow 1-2 victory for Juventus at full-time. Let’s wait and see how it plays out. 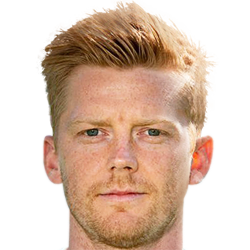 Regularly playing in the Centre Midfield position, Anders Christiansen was born in Copenhagen, Denmark. After having played his first senior match for Lyngby BK in the 2010 - 2011 season, the dangerous Midfielder has hit 4 league goals in the Allsvenskan 2021 campaign to date in 14 appearances.

We have made these Malmö FF v Juventus predictions for this match preview with the best intentions, but no profits are guaranteed. Please always gamble responsibly, only with money that you can afford to lose. Best of luck.