Salernitana will do battle with the visiting Juventus at Stadio Arechi in this Serie A fixture on Tuesday.

Our predictions, user poll and statistics for Salernitana v Juventus can be found here - as well as the best betting odds.

Salernitana prepare for this match following a 1-1 Serie A drawn match versus Cagliari.

In that match, Salernitana managed 43% possession and 8 shots at goal with 2 of them on target. The only player to score for Salernitana was Federico Bonazzoli (90'). On the other side, Cagliari had 19 shots on goal with 3 on target. Leonardo Pavoletti (73') was the scorer for Cagliari.

It’s been a rare occasion in recent games where Salernitana have managed to hold out for a full 90 minutes. The facts show that Salernitana have seen their defence breached in 6 of their previous 6 games, shipping 12 goals along the way. We shall soon find out if that trend can be continued on in this game.

Going into this contest, Salernitana haven’t won at home in the past 3 matches in the league.

After a losing effort in their last game against Atalanta in Serie A action, Juventus and their fans will hope to get a better result this time.

Throughout their six previous matches, Massimiliano Allegri's Juventus have found the back of the net a total of 8 times therefore giving them a goals scored per game average of 1.33.

The Salernitana manager Stefano Colantuono will be grateful not to have any fitness worries to speak of before this match with a completely healthy group available to select from.

With a fully healthy group available to select from, the Juventus manager Massimiliano Allegri has zero fitness worries to speak of before this game.

We’re inclined to think that Juventus will most probably score a couple of goals when they meet Salernitana, who may well struggle to get a goal of their own.

We’re predicting a controlled 0-2 victory for Juventus when all’s said and done. 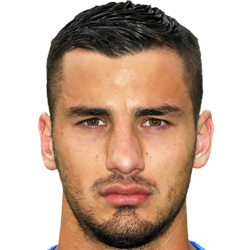 Usually taking up the Striker position, Federico Bonazzoli was born in Manerbio, Italy. Having played his first senior match for Inter Milan in the 2013 - 2014 season, the dangerous Forward has hit 2 league goals in the Serie A 2021 - 2022 season so far coming from a total of 12 appearances.

While we have made these predictions for Salernitana v Juventus for this match preview with the best of intentions, no profits are guaranteed. Always gamble responsibly, and with what you can afford to lose. Best of luck with your selections.