Return to this page a few days before the scheduled game when this expired prediction will be updated with our full preview and tips for the next match between these teams.
Full-Time Result Prediction for SPAL vs Juventus
Juventus to Win
The Serie A tie at Stadio Paolo Mazza on Saturday sees hosts SPAL welcome opponents Juventus.

When taking all factors into account, Juventus have the ability to dominate possession and create several successful chances. At the other end, SPAL could well find it tough to break down their defence but we do think that it’s more than likely that they will be seeing enough of the ball to score, too. We’re tipping a pretty comfortable 1-3 winning margin for Juventus when the full-time whistle blows. Our SPAL v Juventus tips, poll and stats can be seen in full below - plus the latest betting odds.

Coming into this clash, SPAL have not won at home in their last 7 league matches. Fans are getting restless. 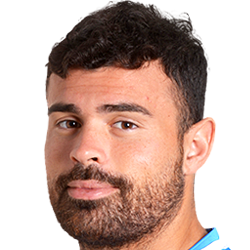 Mostly deployed in the Striker position, Andrea Petagna was born in Trieste, Italy. After having made a senior debut playing for AC Milan in the 2013 - 2014 season, the accomplished Forward has managed to score 9 league goals in the Serie A 2019 - 2020 season to date in a total of 23 appearances.

While we have made these predictions for SPAL v Juventus for this match preview with the best of intentions, no profits are guaranteed. Always gamble responsibly, and with what you can afford to lose. Best of luck.