The Serie A clash at Stadio Olimpico Grande Torino on Saturday sees home team Torino ready themselves for the visit of Juventus.

Torino won’t want a repeat of their last result here after a 1-0 Serie A defeat last time out to Sampdoria.

Davide Nicola's Torino have celebrated scoring 7 times in their preceding 6 outings. At the other end, the number of goals that have been scored against them in those same fixtures stands at 9.

Coming into this clash, Torino haven't beaten Juventus in their last 11 league matches.

Since being defeated in their last game at the hands of Benevento in Serie A competition, Juventus will be aiming to make amends here.

The stats don’t lie, and Juventus have been scored against in 5 of their last 6 games, conceding 6 goals overall. At the back, Juve have clearly had some problems. We will just have to find out whether or not that trend will end up being continued on into this next match.

Looking at their past form shows that Juventus:

Looking at past results between these clubs stretching back to 18/02/2018 reveals that these fixtures have not been good ones for Torino. They have not been able to come away with any wins whatsoever whereas Juventus have managed to find a way, winning in 83% of those ties.

A combined total of 13 goals were produced between them during those clashes, with 3 from Il Toro and 10 created by Juve. That’s an average goals per game figure of 2.17.

The last league meeting featuring these sides was Serie A match day 10 on 05/12/2020 which ended up with the score at Juventus 2-1 Torino.

That time, Juventus managed 65% possession and 16 shots at goal with 4 on target. The goalscorers were Weston McKennie (77') and Leonardo Bonucci (89').

At the other end, Torino got 7 shots on goal with 2 on target. Nicolas Nkoulou (9') scored.

We believe that Torino have enough to score against this Juventus side, although just one goal probably won’t be enough to avoid a loss.

We therefore reckon that it will be a narrow 1-2 victory for Juventus after the 90. Expecting it to be very competitive. 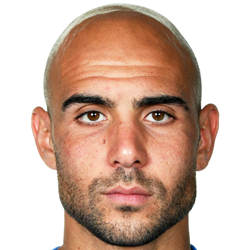 Mostly used in the Striker position, Simone Zaza was born in Policoro, Italy. Having made his senior debut playing for Atalanta in the 2008 - 2009 season, the skilful Forward has struck 5 league goals in this Serie A 2020 - 2021 season to date in 18 appearances.

We have made these Torino v Juventus predictions for this match preview with the best intentions, but no profits are guaranteed. Please always gamble responsibly, only with money that you can afford to lose. Best of luck with your selections.