Juventus will be looking for an improved result here after the 2-1 Serie A loss in their previous game against Hellas Verona.

In that match, Juventus had 54% possession and 15 shots at goal with 4 on target. The only player on the scoresheet for Juventus was Weston McKennie (80'). On the other side, Hellas Verona had 12 attempts on goal with 5 on target. Giovanni Simeone (11', 14') was the scorer for Hellas Verona.

Juventus have been on a persistent run of goalscoring form, hitting the target every time they’ve gone out to play in their last 6 matches.

They have claimed a sum of 6 during that period while also conceding a total of 5. Let’s see whether or not that trend can be continued on into this next match.

Zenit St Petersburg will come into the game following on from a 4-1 Premier League win to defeat Dynamo Moscow in their last game.

The last league match featuring the two was Champions League match day 3 on 20/10/2021 which ended up with the score at Zenit St Petersburg 0-1 Juventus.

On that occasion, Zenit St Petersburg had 42% possession and 12 shots on goal with 2 of them on target.

Juventus got 11 attempts at goal with 2 of them on target. Dejan Kulusevski (86') was the scorer.

Due to a fully injury-free squad available to select from, the Zenit St Petersburg manager Sergei Semak has no fitness concerns to speak of coming into this game.

Our assessment is that Juventus can create the chances to score more than once when they meet Zenit St Petersburg, who will be up against it to get a goal of their own.

We can therefore see a pretty comfortable 2-0 margin for Juventus at full-time. 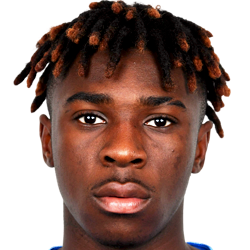 Regularly taking to the field in the Striker position, Moise Kean was born in Vercelli, Italy. Having made his senior debut playing for Juventus in the 2016 - 2017 season, the dangerous Forward has bagged 2 league goals in the Serie A 2021 - 2022 season to date from a total of 6 appearances.

We have made these Juventus v Zenit St Petersburg predictions for this match preview with the best intentions, but no profits are guaranteed. Please always gamble responsibly, only with money that you can afford to lose.