Genk will come up against KAA Gent in Sunday’s First Division A - Play-Offs fixture.

All of our predictions, stats and the user poll for KRC Genk v KAA Gent are shown below (inc. the best betting odds).

Genk will be looking to improve on their last outing here after a 0-2 First Division A - Play-Offs defeat last time out to KAA Gent.

Matches involving KRC Genk have proved to be exciting ones recently with plenty of scoring the rule rather than the exception. Over their past 6 clashes, the sum total of 23 goals have been recorded for both sides combined (at an average of 3.83 goals per game) with 17 of them accredited to KRC Genk. Putting that to one side, it remains to be seen if that pattern might be maintained in this next match.

A sequence of outstanding performances by the KAA Gent defensive players has seen the number of goals they’ve conceded amounting to 3 from their past 6 outings in total. Over that same time, their own forwards have managed to score 11.

An examination of their most recent head-to-head meetings stretching back to 25/01/2020 tells us that Genk have won 2 of these & KAA Gent 3, with the tally of drawn matches standing at 1.

A combined total of 15 goals were shared by the two clubs in these games, with 5 of them for Blauw-Wit and 10 being from De Buffalo's . The average number of goals per game works out to 2.5.

The last league encounter between these sides was First Division A - Play-Offs match day 1 on 24/04/2022 when it finished KAA Gent 0-1 KRC Genk.

On that day, KAA Gent managed 36% possession and 3 attempts at goal with 2 of them on target.

KRC Genk had 18 attempts on goal with 5 of them on target. András Németh (91') was the scorer.

There aren’t many personnel worries, with just one fitness concern for the Genk boss Bernd Storck to be concerned with due to a largely intact group of players. Vic Chambaere (Back Injury) is out of contention.

Thanks to a completely healthy squad to pick from, the KAA Gent manager Hein Vanhaezebrouck has zero fitness concerns whatsoever before this clash.

Our feeling is that KAA Gent have enough to get a goal against this KRC Genk side, however it is unlikely to be as many as the goals that they could concede.

Our tip is for both teams to score in a 2-1 winning score for KRC Genk at full-time. Could easily see this go either way. 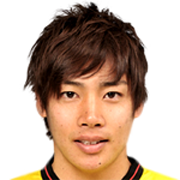 Usually used in the Right Wing position, Junya Ito was born in Yokosuka, Japan. Having made a first senior appearance for Ventforet Kofu in the 2015 season, the gifted Forward has contributed 8 league goals in the First Division A 2021 - 2022 season so far in a total of 34 appearances.

We have made these KRC Genk v KAA Gent predictions for this match preview with the best intentions, but no profits are guaranteed. Please always gamble responsibly, only with money that you can afford to lose. Good luck with your selections.