The First Division A clash at Ghelamco Arena on Sunday sees hosts KAA Gent prepare for the visit of Standard Liège.

Scroll down for all of our predictions, poll and stats for the KAA Gent v Standard Liège game including the latest game odds.

KAA Gent will be wanting a better result here after a 1-0 Conference League defeat last time out to Anorthosis Famagusta.

Lazaros Christodoulopoulos (27') was the scorer for Anorthosis Famagusta.

Hein Vanhaezebrouck's KAA Gent have netted 7 times in their preceding half-dozen outings. Conversely, the number of goals that have been scored against them in those same games amounts to 5.

Standard Liège will go into this match following on from a 1-0 First Division A win over Eupen in their previous outing.

Looking at their past form shows that Standard Liège:

A review of their prior head-to-head clashes dating back to 03/11/2019 shows that KAA Gent have won 4 of these and Standard Liège 2, with the number of drawn games being 0.

A combined total of 16 goals were produced between them in these games, with 10 from De Buffalo's and 6 netted by Les Rouches. That is an average goals per game value of 2.67.

The last league encounter featuring these sides was First Division A - Play-Offs match day 5 on 19/05/2021 and the score finished KAA Gent 2-0 Standard Liège.

In that match, KAA Gent managed 53% possession and 13 shots at goal with 6 on target. Goals were scored by Yonas Malede (7') and Roman Yaremchuk (94').

For their opponents, Standard Liège had 9 attempts at goal with 1 of them on target.

The KAA Gent manager Hein Vanhaezebrouck will be grateful to have no fitness worries to speak of ahead of this clash thanks to a fully healthy squad to pick from.

With a completely injury-free squad to pick from, the Standard Liège boss Luka Elsner has zero fitness worries to speak of before this clash.

We feel that KAA Gent will most probably see a lot of the ball and convert quite a few goal-scoring opportunities.

At the same time, Standard Liège could well find it tough finding the net themselves but we do fancy them scoring here.

Accordingly, we see a controlled 3-1 winning margin for KAA Gent at the conclusion of the game. 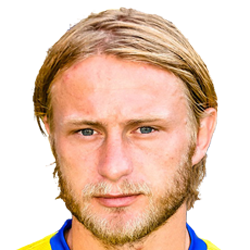 Typically used in the Centre Midfield position, Roman Bezus was born in Kremenchuk, Ukraine. Having made a first senior appearance for Vorskla Poltava in the 2008 - 2009 season, the talented Midfielder has contributed 2 league goals in the First Division A 2021 - 2022 campaign so far in 10 appearances.

We have made these KAA Gent v Standard Liège predictions for this match preview with the best intentions, but no profits are guaranteed. Please always gamble responsibly, only with money that you can afford to lose. Best of luck with your selections.