Our full set of predictions, statistics and match poll for SV Zulte Waregem v KAA Gent can be seen below - plus the latest betting odds.

In their previous game, KAA Gent drew 0-0 in the First Division A tie with Seraing.

A series of steadfast performances by the KAA Gent defenders has resulted in their ‘goals against’ tally amounting to 3 from their past 6 clashes combined. In that period, their own attack force has managed to score 9. Nevertheless, it remains to be seen if such a trend will be replicated in this upcoming game.

Taking a look at their past results, KAA Gent:

Looking at their most recent head-to-head clashes dating back to 04/08/2018 shows that SV Zulte Waregem have won 1 of these and KAA Gent 3, with the tally of drawn results being 2.

Loads of goals were seen in those games, too - 24 in total which averages out at 4 goals per match.

The last league contest featuring these sides was First Division A match day 34 on 18/04/2021 and the score finished SV Zulte Waregem 2-7 KAA Gent.

On that day, SV Zulte Waregem managed 46% possession and 6 shots on goal with 4 of them on target. Goals were scored by Gianni Bruno (80') and Ewoud Pletinckx (86').

The SV Zulte Waregem boss Francky Dury will be happy not to have any fitness worries whatsoever ahead of this match with a fully injury-free group to choose from.

Owing to a completely healthy squad available for selection, the KAA Gent manager Hein Vanhaezebrouck has zero fitness worries to report coming into this clash.

We believe that SV Zulte Waregem should be able to put a goal past this KAA Gent outfit, but a single goal is unlikely to be enough to give them the result that they want.

We are therefore anticipating a 1-2 victory for KAA Gent after the 90. Let’s wait and see how it plays out. 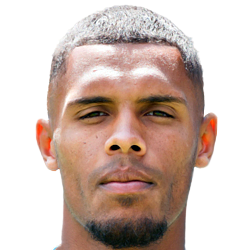 Normally used in the Striker position, Zinho Gano was born in Belgium. After having played his first senior match for Royal Excel Mouscron in the 2014 - 2015 season, the gifted Forward has managed 7 league goals in the First Division A 2021 - 2022 season so far in 14 appearances.

We have made these SV Zulte Waregem v KAA Gent predictions for this match preview with the best intentions, but no profits are guaranteed. Please always gamble responsibly, only with money that you can afford to lose. Good luck with your selections.