Return to this page a few days before the scheduled game when this expired prediction will be updated with our full preview and tips for the next match between these teams.
Full-Time Result Prediction
👉
Pardubice to Win

The First League game at Ďolíček Stadion on Sunday sees home team Pardubice fighting it out with Karviná.

To see all of our predictions, user poll & stats for Pardubice v Karviná, scroll down - plus the latest match odds.

Jaroslav Novotný's Pardubice have netted 12 times in their prior 6 outings. The number of goals that they have conceded in those fixtures amounts to 6.

Heading into this fixture, Pardubice are unbeaten in their previous 2 home league matches.

Following on from a losing effort in their last game against FK Příbram in First League competition, Karviná and their travelling fans will hope for a better result here.

The numbers tell their own story, and Karviná have been scored against in 5 of their last 6 games, seeing their opponents hit 7 goals in all. At the back, Karviná have not been doing too well. Such a pattern isn’t assured to be sustained here, however.

The previous league encounter featuring these clubs was First League match day 14 on 23/12/2020 when it finished Karviná 0-2 Pardubice.

Thanks to a fully injury-free group available for selection, Karviná boss Jozef Weber doesn’t have any fitness worries at all before this clash.

We envisage that Karviná should get enough chances to score a goal against this Pardubice outfit, but it is unlikely to be as many as the goals that they could concede.

We think that it’s going to be a tight encounter finishing with a 2-1 winning margin for Pardubice by the time that the referee blows the final whistle. Hopefully this is a good one. 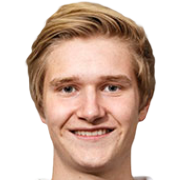 Generally taking up the Central Defensive Midfielder position, Emil Tischler was born in Stockerau, Austria. After having made a senior debut playing for Pardubice in the 2020 - 2021 season, the dangerous Midfielder has contributed 5 league goals in the First League 2020 - 2021 season to date coming from a total of 25 appearances.

While we have made these predictions for Pardubice v Karviná for this match preview with the best of intentions, no profits are guaranteed. Always gamble responsibly, and with what you can afford to lose. Good luck!