Return to this page a few days before the scheduled game when this expired prediction will be updated with our full preview and tips for the next match between these teams.
Full-Time Result Prediction
👉
Karviná to Win

Teplice are the guests at Městský Stadion Karviná on Tuesday for the First League tie with home team Karviná.

All Karviná v Teplice match predictions, user poll and stats are shown below - along with the latest match odds.

Karviná will be looking for an improved result here following the 2-0 First League defeat last time out to Pardubice.

It’s not been often in recent times that Karviná haven’t conceded. It will be a concern for them that Karviná have failed to prevent opponents from scoring in 6 of their previous 6 clashes, shipping 12 goals during that time.

Going into this game, the form guide shows that Karviná:

Following on from tasting defeat last time out to Baumit Jablonec in First League action, Teplice and their fans will hope to get a better result this time.

The attacking players from Teplice have failed to get amongst the goals over their previous six games, contributing the unsatisfactory return of just 4. In those fixtures, Skláři have also seen the overall goal tally against them equal 12. That kind of trend might not be carried forward into this next game, of course.

Looking at the statistics for their head to head duels stretching back to 23/02/2020, it’s been all-even between these two clubs with Karviná winning 2 of those games, Teplice 2 and 2 being drawn in regulation time.

A combined total of 17 goals were yielded between them in these games, with 9 from Karviná and 8 belonging to Skláři. The average goals per game has been 2.83.

The last league fixture featuring these clubs was First League match day 22 on 20/02/2022 when it finished Teplice 1-0 Karviná.

The match was refereed by Miroslav Zelinka.

The Karviná boss Bohumil Páník will be grateful to have no fitness concerns whatsoever before this match owing to a completely healthy group to choose from.

With a fully healthy group to pick from, the Teplice manager Jiří Jarošík has zero fitness worries to speak of before this match.

We’re envisaging that Teplice will do well to find the net against this Karviná outfit who we reckon will score at least once to put them ahead.

We’re therefore predicting a hard-fought contest, finishing with a 1-0 win for Karviná at the end of the 90. 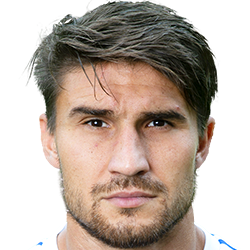 Typically played in the Striker position, Michal Papadopulos was born in Ostrava, Czech Republic. Having made his senior debut playing for Baník Ostrava in the 2001 - 2002 season, the skilful Forward has struck 6 league goals in this First League 2021 - 2022 campaign to date in a total of 29 appearances.

While we have made these predictions for Karviná v Teplice for this match preview with the best of intentions, no profits are guaranteed. Always gamble responsibly, and with what you can afford to lose. Best of luck.