Karviná line up against visiting rivals Viktoria Plzeň at Městský Stadion Karviná in this First League game on Saturday.

All of our predictions, stats and the user poll for Karviná v Viktoria Plzeň are shown below (inc. the best betting odds).

For Karviná, the scorers were Christián Herc (22') and Michal Papadopulos (67'). Václav Procházka (45') was the scorer for Tescoma Zlín.

Karviná have found it difficult to unlock defences of late. Their goals record stands at just 4 versus opponents during their previous six fixtures. In those games, Karviná have also seen the tally of goals scored against them come to 8.

Taking a look at their past results, Karviná:

Viktoria Plzeň will go into the clash following a 2-1 First League win with the eclipse of Dynamo České Budějovice in their previous fixture.

Throughout their six previous matches, Adrián Guľa's Viktoria Plzeň have found the net 9 times thus giving them the goals scored per game average of 1.5.

Looking at their prior head to head clashes going back to 28/04/2018 shows us that Karviná have won 1 of these games and Viktoria Plzeň 4, with the tally of drawn results standing at 1.

An aggregate of 14 goals were produced between them in this period, with 5 from Karviná and 9 being from Viktorka. This gives an average number of goals per game equal to 2.33.

The last league meeting between these clubs was First League match day 10 on 05/12/2020 when the final score was Viktoria Plzeň 0-1 Karviná.

Karviná manager Jozef Weber does not have any fitness concerns to speak of coming into this match thanks to a fully healthy squad to pick from.

Owing to a completely injury-free group to pick from, Viktoria Plzeň manager Adrián Guľa does not have any fitness worries to report before this match.

For this match, we think that Karviná have enough to breach the defence of this Viktoria Plzeň outfit, although one goal possibly won’t quite be enough.

We’re going for a tight encounter finishing with a 1-2 advantage for Viktoria Plzeň by the conclusion of the game. There shouldn’t be much in it, either way. 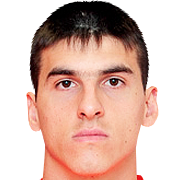 Mostly taking to the field in the Central Defensive Midfielder position, Kristi Qose was born in Bilisht, Albania. Having made a first senior appearance for PAOK in the 2013 - 2014 season, the talented Midfielder has accumulated 5 league goals in the First League 2020 - 2021 season to date in 19 appearances.

While we have made these predictions for Karviná v Viktoria Plzeň for this match preview with the best of intentions, no profits are guaranteed. Always gamble responsibly, and with what you can afford to lose. Good luck!