Our predictions, user poll and statistics for Kashima Antlers v Kyoto Sanga can be found here - plus the latest betting odds.

Kashima Antlers will be looking for a repeat result of a 2-1 J. League Cup victory versus Avispa Fukuoka.

Matches with Kashima Antlers have usually been entertaining ones recently with a lot of goalmouth action being a real hallmark. Over their past 6 clashes alone, a total of 22 goals have been recorded for both teams combined (at an average of 3.67 goals per game) with 11 of them belonging to Kashima Antlers. We will just have to see whether or not that trend will be sustained in this game.

Going into this game, the form guide shows that Kashima Antlers:

Following on from tasting defeat last time out to Nagoya Grampus in J. League Cup competition, Kyoto Sanga will be aiming to make amends here.

The forward players for Kyoto Sanga have been starved of goals over their previous 6 games, recording the unsatisfactory return of just 4. In those matches, Kyoto have also seen the overall goal aggregate of their opponents equal 12.

Coming into this clash, Kyoto Sanga are without an away win for the past 4 league matches.

A glance at their most recent head to head clashes stretching back to 16/07/2008 shows that Kashima Antlers have won 4 of them & Kyoto Sanga 1, with the number of draws being 1.

A combined sum of 15 goals were shared by the two clubs during those clashes, with 9 from Antlers and 6 netted by Kyoto. The average goals per game has been 2.5.

Thanks to a largely healthy group of players, there is just the sole fitness worry for the Kyoto Sanga manager Kwi-Jae Cho to contend with. Naoto Misawa (Achilles tendon rupture) won’t be in action. Hisashi Appiah Tawiah is ineligible for this match because of suspension.

We envisage that Kashima Antlers will likely fashion enough chances to find the net more than once while possibly not conceding when they face Kyoto Sanga, who could well struggle to find the back of the net.

We reckon that it will be a comfortable 2-0 victory for Kashima Antlers come full-time. 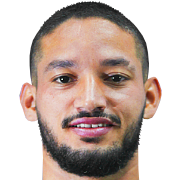 Customarily played in the Left Attacking Midfielder position, Arthur Caike was born in Barbalha, Brazil. After having played his first senior match for Coritiba in the 2013 season, the gifted Midfielder has accumulated 4 league goals in this J1 League 2022 season to date coming from a total of 11 appearances.

While we have made these predictions for Kashima Antlers v Kyoto Sanga for this match preview with the best of intentions, no profits are guaranteed. Always gamble responsibly, and with what you can afford to lose. Best of luck with your selections.