Kashiwa Reysol are the guests at Paloma Toyota Stadium on Saturday for the J1 League clash with home team Nagoya Grampus.

View all Nagoya Grampus v Kashiwa Reysol tips, stats and our pre-match poll below including the latest game odds.

Nagoya Grampus, buoyed by their previous result, will be hoping for more of the same after the 0-3 J1 League victory versus Oita Trinita.

For Nagoya Grampus, the scorers were Yutaka Yoshida (31') and Takuji Yonemoto (73'). Kei Chinen (48' Own goal) was the scorer for Oita Trinita.

Their more recent scorelines highlight the fact that quality has been evident in the Nagoya Grampus defence. N. Grampus have been miserly, with the tally of goals that have flown into the back of their net during their last six games standing at 4.

Coming into this contest, Nagoya Grampus are undefeated in their previous 2 league matches at home.

Kashiwa Reysol go into this game following a 5-1 J1 League win with the downing of Vegalta Sendai in their previous match.

Indicating their bias toward eventful encounters, we’ve had goals 24 times in the prior six games in which Kashiwa Reysol have sent out their troops, making it a mean average of 4 goals for each clash. Their opponents have hit 10 from this total. We will just have to see whether or not that trend can be continued on in this game.

Going into this encounter, Kashiwa Reysol have not been beaten by Nagoya Grampus when having played them away from home in the previous 2 league matches.

A review of their prior head to head clashes going back to 20/06/2015 shows that Nagoya Grampus have won 2 of these games & Kashiwa Reysol 3, with the tally of drawn games being 1.

A combined total of 17 goals were scored between them in this period, with 7 of them from N. Grampus and 10 netted by Reysol. The average number of goals per game works out to 2.83.

The previous league meeting between these sides was J1 League match day 30 on 19/10/2018 which ended up with the score at Kashiwa Reysol 0-1 Nagoya Grampus.

The match was refereed by Jumpei Iida.

Thanks to a fully healthy squad available to choose from, Kashiwa Reysol boss Nélsinho Baptista doesn’t have any fitness worries to report before this clash.

Our feeling is that Kashiwa Reysol and Nagoya Grampus should both be able to score more than once here although it’s hard to pick a clear winner.

Shouldn’t be much in it, and there should be goals with a draw being quite a realistic outcome. With that in mind, we reckon that it will be a highly competitive game with a 2-2 score draw at the end of the 90. 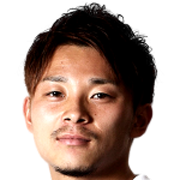 Customarily taking up the Central Attacking Midfielder position, Hiroyuki Abe was born in Japan. After having made a senior debut playing for Gamba Osaka in the 2012 season, the skilful Midfielder has managed to score 2 league goals in the J1 League 2020 campaign so far in 6 appearances.

While we have made these predictions for Nagoya Grampus v Kashiwa Reysol for this match preview with the best of intentions, no profits are guaranteed. Always gamble responsibly, and with what you can afford to lose. Good luck!