Kasimpasa will be taking on visiting rivals Çaykur Rizespor at Recep Tayyip Erdoğan Stadyumu in this Süper Lig match on Sunday.

Our Kasimpasa v Çaykur Rizespor tips, poll and stats can be seen in full below - plus the latest betting odds.

Kasimpasa will be looking to improve on their last outing here after the 1-0 Süper Lig loss in their previous game against Kayserispor.

Over their past six fixtures, Fuat Çapa's Kasimpasa have hit the back of the net a total of 9 times, with that being an average number of goals per match of 1.5.

Following on from tasting defeat last time out to Fenerbahçe in Süper Lig action, Çaykur Rizespor will be hoping to turn things around here.

The only player to score from Çaykur Rizespor was Milan Škoda (59'). Gökhan Gönül (76') and José Ernesto Sosa (87') scored for Fenerbahçe.

The stats don’t lie, and Çaykur Rizespor have been scored against in 5 of their last 6 games, conceding 10 goals overall. In defence, Atmacalar have clearly had some problems.

Going into this one, Çaykur Rizespor haven’t won away from home in the past 9 matches in the league. Who knows how long it might last, too.

Looking over their past head to head clashes stretching back to 10/12/2016 shows us that Kasimpasa have won 5 of these & Çaykur Rizespor 1, with the number of drawn matches standing at 0.

18 goals were yielded between them during those clashes, with 13 for Apaçiler and 5 coming from Atmacalar. That’s an average goals per game of 3.

The last league meeting between these clubs was Süper Lig match day 32 on 13/07/2020 when it finished Kasimpasa 2-0 Çaykur Rizespor.

Kasimpasa boss Fuat Çapa has a full complement, with no fitness concerns to speak of coming into this game thanks to a completely injury-free group to choose from.

Owing to a fully healthy squad available to select from, Çaykur Rizespor boss Ünal Karaman has no fitness worries whatsoever coming into this clash.

Our assessment here is that Çaykur Rizespor will have to work hard as a team to hit the back of the net against this Kasimpasa side who will likely be able to get on the scoresheet themselves in a winning performance.

We therefore think that it’s going to be a good tussle with a 1-0 victory for Kasimpasa at the end of the 90.

Over/Under 2.5 Goals Prediction for Kasimpasa vs Çaykur Rizespor
Under 2.5 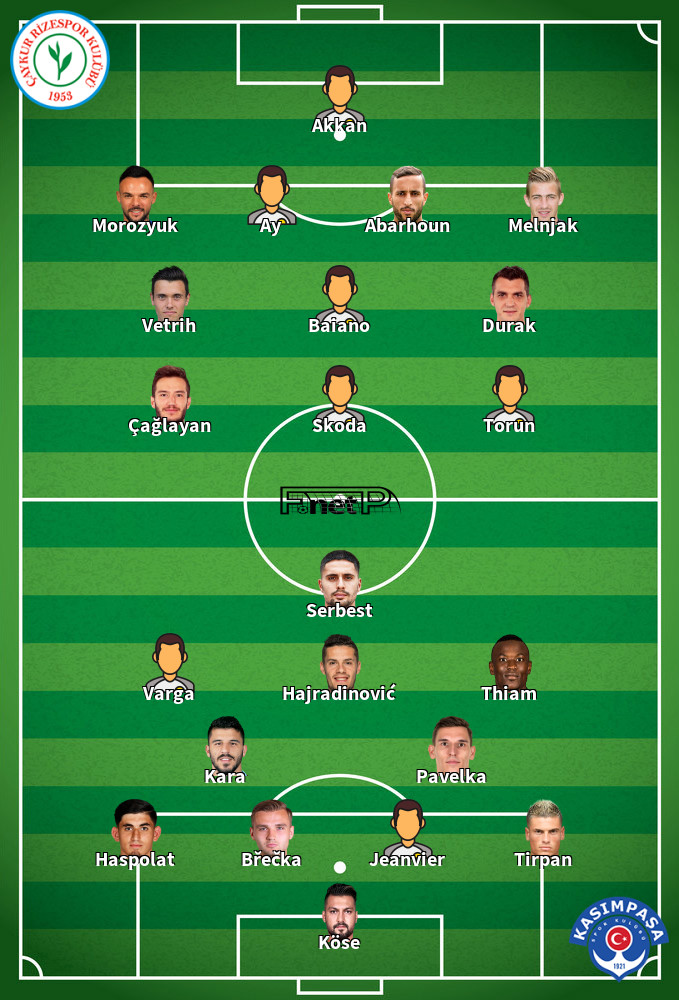 While we have made these predictions for Kasimpasa v Çaykur Rizespor for this match preview with the best of intentions, no profits are guaranteed. Always gamble responsibly, and with what you can afford to lose. Best of luck with your selections.