Full predictions, pre-match stats and user poll for Kayserispor v Kasimpasa are shown on this page - along with the latest match odds.

Kayserispor will be looking to improve on their last outing here following the 1-2 Süper Lig losing effort in their last game against Trabzonspor.

The only player to score from Kayserispor was Pedro Henrique (86'). Filip Novák (63') and Alexander Sørloth (95') scored for Trabzonspor.

It has been a rare occasion in recent times that Kayserispor have shown defensive steel. In fact, Anadolu Yıldızı have been scored against in 5 of their previous 6 matches, giving up 8 goals along the way. That sort of trend won’t necessarily be carried forward into this match, of course.

Kasimpasa head into the meeting after a 3-2 Süper Lig win with the downing of İstanbul Başakşehir in their last fixture.

Fuat Çapa's Kasimpasa have had reason to celebrate scoring a total of 11 times in the course of their latest 6 matches. The total of goals that have been scored against them during that same period comes to 7.

Looking over their most recent head to head meetings going back to 24/09/2017 shows us that Kayserispor have won 3 of these games & Kasimpasa 1, with the tally of drawn matches being 2.

A combined total of 21 goals were yielded between them throughout the course of those matches, with 11 for Anadolu Yıldızı and 10 belonging to Apaçiler. That’s an average goals per game of 3.5.

The last league match featuring the two was Süper Lig match day 25 on 08/03/2020 and the score finished Kasimpasa 5-1 Kayserispor.

Almost everyone can be considered, as there’s just a single fitness concern for the Kayserispor gaffer Robert Prosinečki to be concerned with from a near full-strength group. Pedro Henrique (Torn Muscle Fibre) is sidelined.

Owing to a fully healthy squad available for selection, Kasimpasa boss Fuat Çapa does not have any fitness worries to report coming into this game.

Our feeling is that Kasimpasa and Kayserispor could well end up finding themselves level here, with both teams capable of netting.

We’ll see, but this looks like it could end up all-square. We’re therefore expecting a very close game with a 1-1 score when the referee blows the full-time whistle.

Both Teams to Score Prediction for Kayserispor vs Kasimpasa
Yes 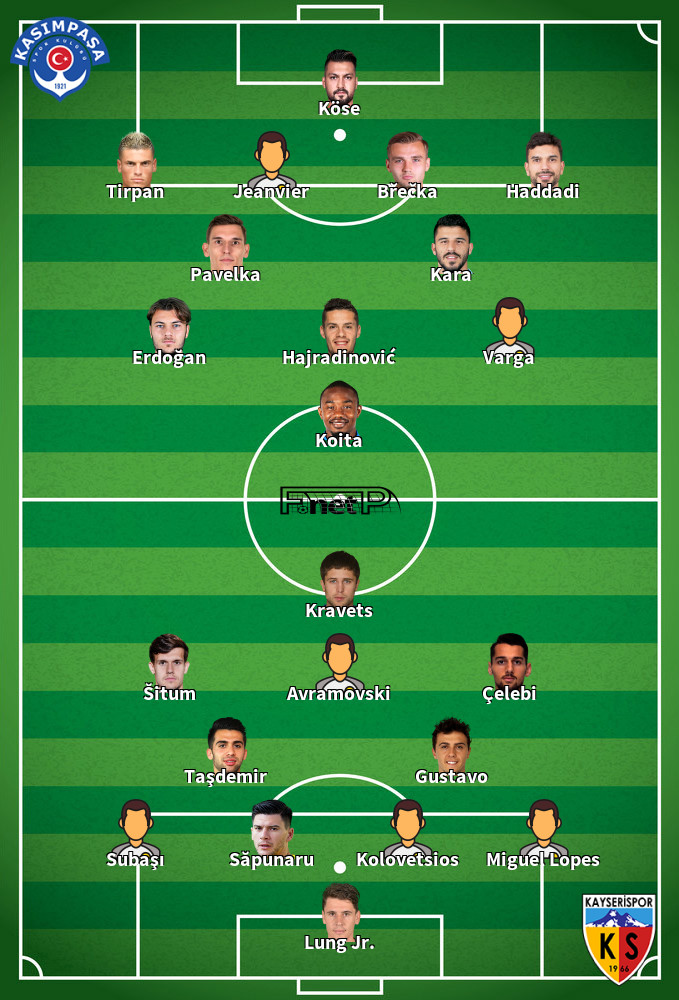 While we have made these predictions for Kayserispor v Kasimpasa for this match preview with the best of intentions, no profits are guaranteed. Always gamble responsibly, and with what you can afford to lose. Good luck with your selections.